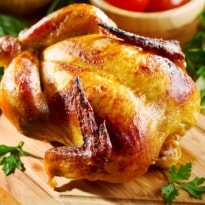 Recently, the Centre for Science and Environment's (CSE) Pollution Monitoring Lab made some big revelations. These were the end result of one of the biggest studies done to check the use of antibiotics in the poultry industry.

The study shockingly revealed that large scale and indiscriminate use of antibiotics in the poultry industry had led to antibiotic resistance in Indians who are falling prey to many ailments that are otherwise curable. (More: Adulteration Alert! How Antibiotic-fed chicken may be harming you)

The Indian Medical Association (IMA) Friday demanded an immediate ban on antibiotic use in the poultry industry in wake of a Centre for Science and Environment (CSE) study suggesting overuse of antibiotics in chicken production behind the growing problem of antibiotic resistance in India.

"The IMA has echoed the recommendations given by CSE. Some of these include allowing antibiotic use only to treat sick birds, ban on use of antibiotics in the industry which are critical for humans, and the need to regulate availability of antibiotics and feed supplements," said a CSE statement.

The Central Advisory Committee of the Food Safety and Standards Authority of India (FSSAI), which met here Friday, also took note of the CSE study.

FSSAI chairperson K. Chandramouli brought the matter of antibiotics misuse in the poultry industry to the attention of the committee which concurred that the matter is important.

"It was agreed that states will start surveillance on the issue; the FSSAI has also agreed to review the regulatory gaps," the statement said.

CSE deputy general director Chandra Bhushan said that their study has provided evidence of the strong linkage between antibiotic resistance and antibiotic misuse in food-producing animals such as chicken.

"Now, the medical community and IMA have come up and strongly supported our viewpoint. It will help address the cause," he said.

"CSE believes that this is first step in the right direction. The regulatory vacuum is the primary reason why the poultry industry is rampantly misusing antibiotics. CSE has started writing to various central and state government functionaries highlighting the concerns and the action that needs to be taken to address this major public health issue."

Promoted
Listen to the latest songs, only on JioSaavn.com
The study by the CSE Pollution Monitoring Lab, which tested 70 chicken samples from the Delhi-NCR region for six commonly-used antibiotics - oxytetracycline, chlortetracycline, doxycycline, enrofloxacin, ciprofloxacin and neomycin - found their residues in the chicken samples.

The study alleged large scale unregulated use of antibiotics by the poultry industry to promote faster growth of chickens.

CommentsThe study said this has led to antibiotic resistance in Indians who are falling prey to many otherwise curable ailments.