Benefits of Tea: How Healthy is It Really? 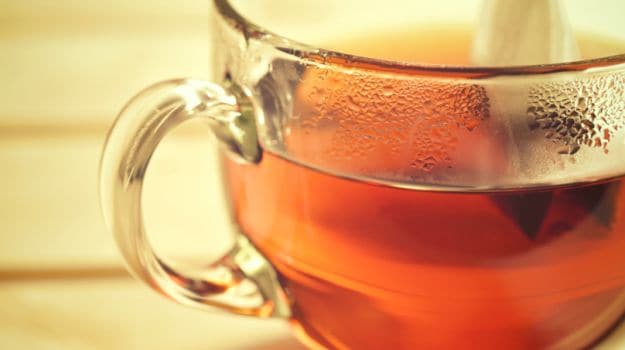 Unlike coffee, tea does not seem to generate negative perceptions. I know many more people who think that tea is beneficial, much more so than coffee.

As with coffee, a fairly large number of studies have looked at associations between tea and health. Most of the studies do not have the rigor of randomized control trials and don’t prove causality. But so many studies were available that I was able to focus on systematic reviews and meta-analyses, or “studies of studies.”

Several studies that included more than 800,000 participants showed that those who drank tea were less likely to have hepatocellular carcinoma, liver steatosis, liver cirrhosis and chronic liver disease.

Tea has been associated with a lower risk of depression. A 2015 meta-analysis of 11 studies with 23,000 participants found that for every three cups of tea consumed per day, the relative risk of depression decreased 37 percent.

Tea was also associated with a reduction in the risk of stroke, with those consuming at least three cups a day having a 21 percent lower risk than those consuming less than a cup a day. A more recent meta-analysis examined 22 prospective studies on more than 850,000 people and found that drinking an additional three cups of tea a day was associated with a reduction in coronary heart disease (27 percent), stroke (18 percent), total mortality (24 percent), cerebral infarction (16 percent) and intracerebral hemorrhage (21 percent).A 2014 meta-analysis of 15 published studies found that for each additional two cups per day of tea consumed, the risk of developing diabetes dropped 4.6 percent.

However, tea does not seem to be linked with a reduced risk of fracture. And a systematic review from 2015 found that black tea was not linked to a reduced risk of endometrial cancer. But increasing green tea consumption by one cup a day could reduce the relative risk by 11 percent. A 2011 meta-analysis found that green tea, but not black tea, was associated with lower rates of prostate cancer.

The science is even more equivocal about cancer prevention. A Cochrane systematic review examined all the studies, regardless of type, that looked at associations between green tea and the risk of cancer incidence or mortality. They found 51 studies containing more than 1.6 million participants. Only one was a randomized control trial, however. Results were conflicting. Regardless, the authors felt there was insufficient evidence to give any firm recommendations.

Again, these figures are all mostly from observational studies, and as such, they cannot prove causality and should be taken with a grain of salt. We have been burned many times before by assuming that what we see in associations in cohort studies will turn out to be truly causal when behavior changes, only to see that fall apart in randomized controlled trials.

Moreover, the majority of studies have been done in Asian countries where tea drinking is much more common than in the United States. It is possible that the people who do not drink tea in those countries are different from those who do in a way that does not translate to people in the United States. Finally, there seems to be less of a dose response than in the studies of coffee: Few of the studies could detect any response with less than three cups of tea a day.

There are some randomized studies, however, that do not have most of these limitations. Green tea has been claimed to help people lose weight. Enough people believe this that 18 randomized controlled trials — half in Japan, and only one in the United States — with 1,945 participants, have been reviewed. The evidence found that green tea produced a small weight loss, but the difference was not significant. And green tea also did not help with the maintenance of weight loss previously achieved.

But 11 trials that included 821 patients found that green tea and black tea can reduce other cardiovascular risk factors. Both were found to reduce low-density lipoprotein and blood pressure. These results should be interpreted with caution, however, as they focus on risk factors and not necessarily outcomes.

Listen to the latest songs, only on JioSaavn.com
At the end of all of this, I am a little less impressed with the body of evidence regarding tea than I was with that of coffee. I admit that this is an interpretation, and others may disagree. The lack of a dose response in many of these trials, coupled with the fact that so many were performed in countries with markedly different tea consumption from our own, makes these results less generalizable than those of coffee were.

But the conclusions I would make are similar. I would not strongly recommend that anyone take up tea based on these findings. But there seem to be some potential benefits, and there do not seem to be harms. Drink it if you like it. It, too, seems to be a completely reasonable addition to a healthful diet.