Best Job Ever: This Firm is Looking for a Chocolate Taster! 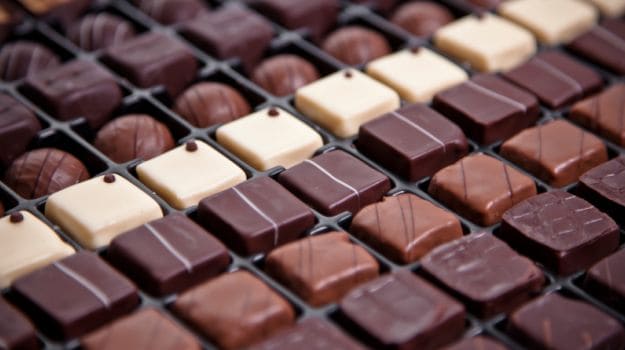 If you are a chocolate fan, this could be your dream job. A Scottish firm is on the hunt for a chief
chocolate taster who will be paid in monthly supplies of chocolate bars. Oh yes! You heard that right,

Mackie's, an Aberdeenshire chocolate firm which also makes crisps and ice cream, is advertising for a year-long position for a chocolate taster ahead of the factory's opening next year. The only qualifications for the job are discerning  taste buds. The successful applicant will have a "steady supply of chocolate to taste, test, lick and sook on the couch at home," according to company chiefs.

Besides free chocolate, the firm is also offering "a trip to their family farm for a chocolate immersion session with the resident experts along with a performance bonus if/when your chocolate creation flies off the shelves. Now, that's what we call a win-win situation.

Mackies is keen on creating a new flavour, as suggested by the newly appointed chocolate taster, to
celebrate the opening of the new 600,000 pounds factory. Other responsibilities will include ensuring quality control, tasting other brands of chocolate and taking part in tasting panels.

Promoted
Listen to the latest songs, only on JioSaavn.com
"This isn't a Chinese Wispa, we really are recruiting a chief chocolate taster for twelve months, says Kirstin McNutt, head of development.  "With our new factory being capable of making more than five million bars annually, we want to share our sweet success with creative candidates who will help us launch new interesting flavours," McNutt was quoted saying by the Scotsman.

The only catch is that it's more of an honorary title where no monetary payments will be involved. The closing date for applying to this job role is December 3, 2015. Mackie's confirmed that candidates of all ages can apply. For this, they need to describe their dream chocolate bar flavour and why they think they are the best fit for this job. The top four creative ideas will be chosen and put to the test by Mackie's after which two finalists will will be short-listed and put head to head via public vote on social media. Could this be the role for you?