Boiling Vegetables Is Not Very Healthy- Here's The Best Way To Cook Them!

Boiling your veggies is often considered one of the best ways to cook them, because it doesn't involve any fat or grease. But that's not really so. 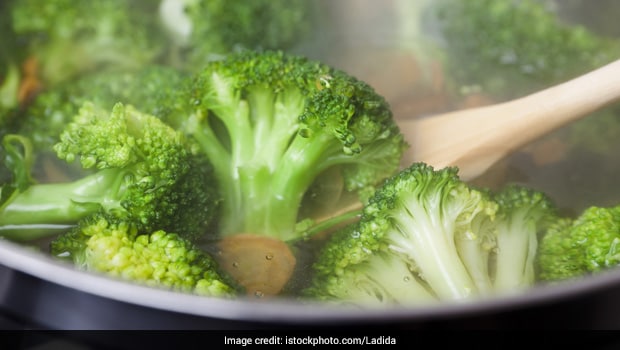 Highlights
Vegetables have been hailed as nutrient powerhouses of the food world. Fresh vegetables are always recommended by diet and nutrition experts, who insist that more and more portions of veggies should be added to the daily meal plan, so as to ensure a continuous supply of essential vitamins and minerals to the body. However, how many nutrients the body actually gets from a particular vegetable depends a lot on the way it's cooked and eaten.

There are several ways of cooking vegetables and there has been much debate about which one is the best and most healthy way to cook vegetables. Boiling your veggies is often considered one of the best ways to cook them, because it doesn't involve any fat or grease. But is that really so? Some nutrition experts believe that boiling causes vegetables to lose nutrients, and there's a bullet-proof logic behind the belief.

Coming back to methods of cooking vegetables, boiled veggies are often served as accompaniments to some meat dishes. They're also added to soups and noodles and are considered 'healthy'. However, all the healthy nutrients from these vegetables have been thrown out along with the water that is used to boil them. This happens because some vegetables like spinach, have water soluble vitamins, which get leached out into the boiling water, depleting the nutritive profile of the vegetable.

The Best Way To Eat Vegetables - Raw or Cooked?

Eating vegetables raw is often considered healthy. However, it may not be so. Cooking a vegetable breaks down the tough outer layer and the cellular structure of the vegetables, making it easier for your body to digest them and then absorb the nutrients. Studies have shown that cooked carrots for example, have more beta carotene in them, than raw carrots. Cooked vegetables are also easier on the stomach as they get digested more easily.

Steaming - The Healthier Alternative To Boiling

As a general rule, vegetables that are cooked for the least amount of time, at the minimum-possible temperature and with the minimum amount of water, retain their nutrients. This is exactly why steaming is better than boiling most vegetables, as in this cooking method, they aren't actually coming in contact with the water.

Stir-frying vegetables is another great way of cooking your vegetables, as it uses a minimum amount of oil or fat and retains all the essential nutrients as well. Also, stir-fried vegetables taste much better than steamed, boiled or blanched veggies. Another great way of making sure you don't throw precious vitamins and minerals out is to bring the water that you use to boil vegetables to use in dishes. This water can be used as vegetable stock in meat dishes or in making soupy noodles.

So the next time you cook vegetables, make sure you do so in a way that retains all the good stuff!