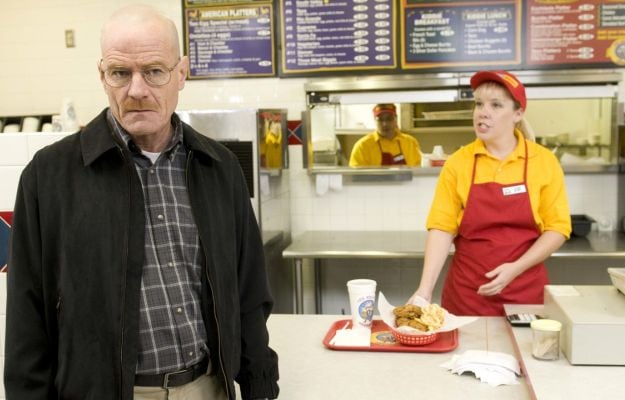 A different, more acceptable kind of cooking is going to go down soon. Recently, Vince Gilligan, who created the insanely-famous television series Breaking Bad, took some time out to answer some questions on Reddit AMA (Ask Me Anything) around the show, Walter White and of course, Better Call Saul – that’s currently airing on AMC.

“Have you ever thought of opening a Los Pollos Hermanos?” asked a guy on Reddit.

Vince Gilligan replied, “Believe it or not... there is talk of a Pollos Hermanos becoming a real restaurant. This is not an idea that I generated personally. But it's one that's been presented to me, through the good folks at Sony, and the idea came to them from a businessman who has an interest in doing just that. Speaking for myself, I'd love to see that happen!”

The fictional fried chicken franchise on the show was run by the ever charismatic villain - Gustavo “Gus” Fring. Along with serving delish food, it also proved to be the perfect setup in the working of an international meth distribution network.

Currently, people can only visit the Twisters burrito restaurant in New Mexico that served as the location for Los Pollos Hermanos on the show.