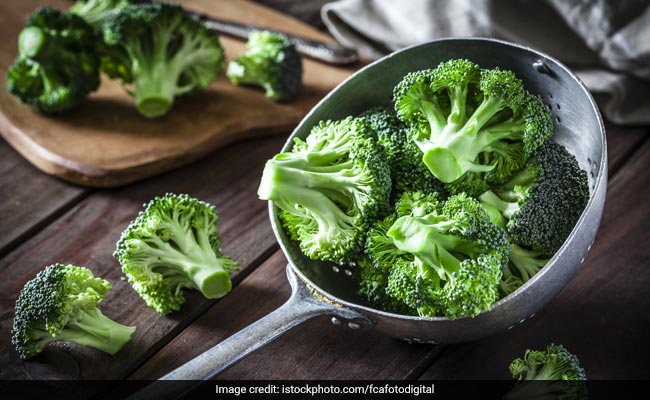 Broccoli is considered a superfood around the world. The bright green cruciferous vegetable is consumed in the form of soups, salads, as pizza toppings and in pasta, and is even added to bread dough to make it more nutritious. Broccoli is low in calories, rich in fibre and antioxidants, as well as essential vitamins and minerals. So far, the biggest benefit of broccoli has been weight management. But according to a new study, this wonder vegetable may even help in the fight against schizophrenia. The study indicated that a compound found in broccoli stalks may correct the chemical imbalances in the brain, which are linked to schizophrenia.

The study titled, "Assessing Brain Metabolism With 7-T Proton Magnetic Resonance Spectroscopy in Patients With First-Episode Psychosis" was published in the journal JAMA Psychiatry. A number of researchers from the John Hopkins Medicine measured brain regions in a total of 81 people who had recently suffered from their very first episode of psychosis. The participants were an average of 22 years old and about 58 percent of them were men. It was observed that on an average, these people had about four per cent less glutamate in certain regions of their brain, as compared to brains of healthy people.

Glutamate is important for relaying messages between cells of the brain and its presence or absence has been linked with risks of depression and schizophrenia. This study substantiated the claims that low levels of glutamate are linked with schizophrenia. The compound that was found to be useful against schizophrenia and that is present in broccoli sprouts is sulforaphane, which is present in high amounts in the vegetable. The scientists hope that sulforaphane supplements can potentially phase out anti-psychotic drugs and their often painful side effects.

Akira Sawa, M.D., Ph.D., professor of psychiatry and behavioral sciences at the Johns Hopkins University School of Medicine and director of the Johns Hopkins Schizophrenia Center hoped that results of this study could help prevent, delay or reduce the symptoms of schizophrenia.