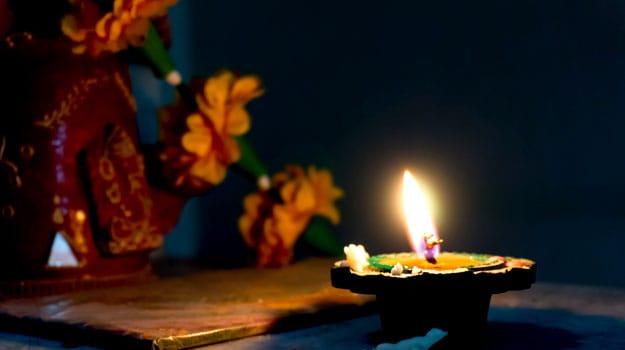 Highlights
Chaitra Navratri usually falls in the month of March or April and marks the first day of the Hindu Luni-Solar calendar. Undeniably, Navratri is one the biggest Hindu festivals celebrated across the nation with great fervor and enthusiasm. However, Chaitra Navratri is more popular across the Northern part of the country. Navratri stands for 'nine nights', each dedicated to the nine forms of Goddess Durga - Shailputri, Brahmacharini, Chandraghanta, Kushmanda, Skandmata, Katyayani, Kaalratri, Mahagauri and Siddhidatri. People celebrate the festival by fasting and worshiping the nine forms of the goddess. While some people fast for all nine days, others observe the fast for the first and the last day to celebrate the onset and the end of the holy period.

People avoid non-vegetarian food or consumption of alcohol or tobacco during Navratras. Ashtami, the eighth day of the nine-day long festival holds great importance for the devotees. Most people break their fast on this day as opposed to many others who put an end to their fast on the ninth day called Navami. Those who break their fast on this day clean their houses early in the morning, take shower and worship the goddess. Devotees offer a bhog of kala chana, halwa and puri to nine young girls as a gesture of offering home-cooked bhog to the nine avatars. Most families then undertake a holy yagya practice to thank all gods, seek their blessings and mark the end of Navratri(Also Read: Food You Must Avoid During Navratri)
.

Ashtami is dedicated to the eight manifestation of Goddess Durga - Maa Mahagauri. The goddess is believed to bear an incomparable radiance due to which she is also known as Shwetambardhara. Maa Mahagauri is likened to all-things white such as conch-shells or milk and is therefore offered white flowers (preferably jasmine), milk and milk-based desserts and coconut as bhog or offering. Hindu scriptures describe Maa Mahagauri as a four-armed goddess with a trishul (trident) and a damru (tambourine) in her hands.

Celebrate Ashtami by reciting shlokas from Durga Shaptshati and invoke goddess Mahagauri by reciting the following mantra and stuti: