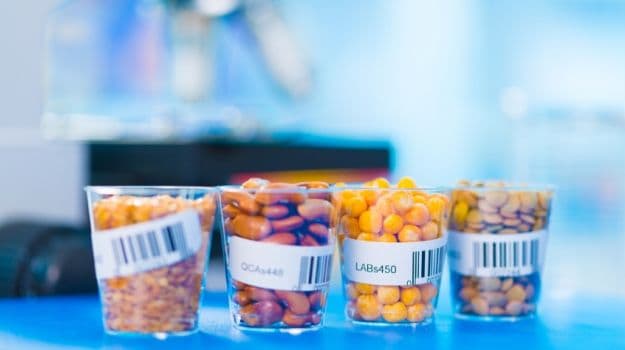 Highlights
The latest food safety scandal in China might be its most damaging.

Earlier this week, a former doctoral student at one of the country's national testing centers for genetically modified organisms went public with allegations of scientific fraud, including claims that records were doctored extensively, that unqualified personnel were employed under illegal contracts and -- most seriously -- that authorities refused to take action when his concerns were aired privately.

On Wednesday, China's Ministry of Agriculture responded to a social media storm by suspending operations at the center.

That might take care of the current scandal, but the Chinese public's hostility toward GMOs won't go away so easily. Those concerns have only grown over the past decade as the government has increased its support of GMOs, including approval of the state-owned ChinaChem Group's $43 billion takeover offer for the Swiss seed giant Syngenta.

These efforts have galvanized a very public opposition that transcends China's typical political fault lines, and created one of the government's most intractable headaches.

Feeding China's huge population has never been easy. But over the last three decades, the challenges have become considerably greater as urbanization devoured farmland, and pollution made even more of it unusable. Today, the government is faced with the task of feeding 21 percent of the world's population with 9 percent of its arable land. Its reliance on foreign goods has made China the world leader in imports since 2011.Officials now fear the country could become dependent on foreigners for its food supply and the government remains committed to maintaining self-sufficiency in rice, wheat, and other key grains. As a result, the political pressure to increase yields is considerable.

In fact, this pressure is centuries-old. Domesticated rice first appeared in the Yangtze River Valley at least 8,000 years ago, and Chinese farmers and scientists have been innovating ever since. In 1992, China became the first country to introduce a GMO crop into commercial production, when it sowed a virus-resistant tobacco plant on 100 acres.

Since then, the government has issued safety certificates for a wide range of GMO crops, ranging from chili peppers to petunias. Yet, so far at least, only cotton has gone into wide cultivation. Other GMOs especially rice, a staple of the Chinese diet -- are still awaiting approval to be domestically cultivated.

Safety concerns have long been the favored excuse for the lack of approvals. But that's not credible when the scientific consensus within and outside of China is that GMOs are safe, and the Chinese government itself has long allowed importation of GMO soybeans and corn for use in animal feed and cooking oil. Instead, the government is clearly worried about widespread public opposition to GMOs, which is showing up on social media and among the urban middle class.

The first source of that opposition is a widespread belief that GMOs are a foreign conspiracy against Chinese health. This isn't merely a fringe idea on social media. In 2013, a major general in the People's Liberation Army wrote an op-ed for China's hyper-nationalist Global Times newspaper that compared GMOs to biological weapons.

"The consequences will be far worse than what the Opium Wars wrought," he wrote. "Shall China develop a biological weapons program?"

As nationalism has become amplified under President Xi Jinping, that sentiment has become more prevalent. In 2014, Guangzhou military officials requested a ban on GMO food for their troops (the request was later censored).

But the far more damaging source of anti-GMO sentiment is the broadly held certainty that the government is incapable of ensuring a safe food supply -- GMO, or otherwise. It's a legitimate concern. For three decades, China has suffered through a string of food safety scandals, including dead pigs floating in the Yangtze River and rats masquerading as hotpot mutton.

In response, China has enacted new food safety laws, but they appear to have made little difference. Two weeks ago, for example, police seized 1,000 tons of substandard frozen meat, much of which was soaked in bleach. Meanwhile, a few weeks earlier a farmer in far western China found himself the target of a national social media storm when local authorities revealed he'd been raising GMO corn on his land (the farmer claimed he'd been duped by a company that had hired him to cultivate its crop).

Yet these failures and suspicions haven't dented official confidence in China's GMO program. Xi recently encouraged further GMO research, the government's current five-year economic plan calls for the commercialization of domestically grown GMO corn and soybeans, and Syngenta is expected to catalyze a new era of Chinese domination in the field.

Nonetheless, until the Chinese government addresses the lack of confidence in its food safety programs, in particular, it's likely to face considerable and growing opposition to a GMO program that has a very small constituency outside of elite circles. That's not just a commercial problem, either.

Like China's notorious air pollution woes, widespread public frustration has the potential to mutate into widespread political opposition. As the Chinese government seeks to solve the country's food problems on its own terms, that's a particularly unappetizing development.