The refurbished Royal China has a fresh feel while maintaining all of its charm and warmth. It could well be on its way to becoming a legacy standalone restaurant that serves good food consistently 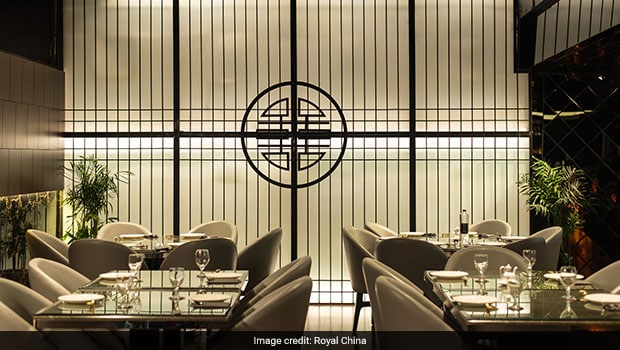 I remember going to Royal China way back in 2010, when it first opened and being bowled over by the view from atop this 16th-floor restaurant in the heart of south Delhi. Delhi Metro was still a novelty and a restaurant that provided such panoramic views of the area was rare. There was no Epicuria back then, so you got a lovely 180 degree look at lush green Delhi. Within a few months of its launch, Royal China became a favourite with Delhi's swish set. There were a few standalone restaurants that were serving good Chinese food like Royal China was. The dimsum menu was both extensive and delicious. They even introduced an all-you-can-eat dimsum set meal - which was a great value for money. In the following years, even when Royal China's popularity waned a bit - thanks to many dining options in the vicinity - the food here maintained its quality and freshness. Recently, Royal China launched a new, more elaborated, menu. The place has a fresh look and feel; it's actually smaller than what it used to be. The good news is that the menu continues to boast of a large variety of dimsums to order from. As far the rest of the menu is concerned, it retains a lot of the old favourites and with some tasty new additions too. Old hits like chicken in chilli oil, crispy aromatic duck (must try) and pork puffs are still there. I went back to Royal China recently to check out their new menu.

Here Are The 4 Dishes That Stood Out For Me This Time Around:

A must-try if you go here anytime soon. The pork was well done and not chewy at all. Roasted peanuts add a wonderful texture to the dish and this would go really well even as a starter just by itself.

This has been a popular dish at Royal China for years and it continues to dazzle. For chicken lovers out there, this is a flavourful main course to order, especially if you don't like the 'manchurian or chilly chicken' type of dishes. This one has very fresh flavours and was served hot and sizzling. Chicken and spring onions is a match made in heaven and very rarely can this combination taste bad. In this case too, the flavours hit the right spot.

A globally popular dish, Peking duck gets its name from China's capital city (called Peking earlier) and has its roots in a place called Nanjing, hundreds of kilometres away. The art of cooking a good Peking duck rests heavily on how well the duck is roasted. There are typically two ways to do this - the traditional closed oven style and the hung oven method, which was developed much later.

Quanjude, arguably China's most popular Peking duck restaurant, uses the hung oven style to roast their ducks - I remember eating here several years ago and the duck was moist and juicy with a crispy skin. The Peking duck at Royal China isn't exactly like Quanjude's, but having said that, it doesn't disappoint either. The duck was roasted quite well, and the sweet brown sauce tasted fresh too. The pancakes could have been thinner, in my opinion.

A globally popular dish, Peking duck gets its name from China's capital city

You cannot enjoy a meal at Royal China without giving their dimsums a try. The menu is extensive and offers some regular and some not-so regular dimsum options. This one really stands out amidst a huge selection. The dimsums are poached and served in a bowl with a soya and chilli mix that keeps them moist further - very delicate and light flavours. Amongst the vegetarian options, you must definitely try the corn and chestnuts dimsums that have a nice crunch.

The refurbished Royal China has a fresh feel while maintaining all of its charm and warmth. It could well be on its way to becoming a legacy standalone restaurant that serves good food consistently and makes you want to keep going back.