Controversy Over 'Unsafe' Food Samples from Popular Restaurants in Delhi 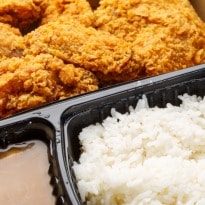 The Delhi High Court has been informed by the Food Safety and Standards Authority of India (FSSAI) that rice and other food samples collected from three popular eateries in the Capital have been found to be unsafe.

The affidavit filed by the department states that the presence of artificial colour makes these dishes 'unfit' for human consumption.The samples of 'Rizo Rice' taken from KFC at Scindia House in Connaught Place showed that it contained artificial colour. Rice samples collected for testing from Sagar Ratna restaurant in Guru Teg Bahadur Nagar were also found to be unsafe.

It was also found that the samples of ghee (clarified butter) collected from various eateries were of 'sub-standard' quality and were 'misbranded' to mislead the public. Moreover, samples of fruit and vegetable chutney from the Bikanerwala restaurant at ITL Tower in Netaji Subhash Place was also contaminated with artificial colours. (5 Most Shocking Ingredients in Your Food)

Sagar Ratna responded by saying that the department inspected raw uncooked rice instead of what they actually use. "Sagar Ratna has had a lineage of providing great quality food, good service in a clean ambience to a large customer base, several who have been our loyal customers for years. We are aware of this visit by FSSAI officials to our outlet which was conducted in February 2013. We have been very cooperative throughout the entire inspection. The sample that was picked up by FSSAI was primarily the raw uncooked rice, we source this rice from various known brands of rice producers. The raw uncooked rice is firstly thoroughly washed and cleaned, boiled properly and then only it is cooked according to different recipes and served to customers. This is a standard and stringent procedure adopted at all our outlets. The matter is currently subjudice," says Mr. Murali Krishna Parna, CEO, Sagar Ratna.

KFC denied these allegations and the authorities have confirmed that their rice product is safe for consumption. "The recent news reports on KFC rice being unsafe is a case of misinformation. We only use the natural colour (beta carotene)  which is sourced from highly reputed international suppliers, in our Rizo rice meals. The recent rice sample collected by FSSAI has also been analyzed from an NABL accredited independent lab at the same time and it confirms that Tartrazine or any other synthetic colour is not present in the product. We are confident of our product quality and are working closely with the regulatory authorities in this matter who have assured that the sample is safe for consumption and no proceedings have been initiated against KFC," they stated.

Promoted
Listen to the latest songs, only on JioSaavn.com
On April 30th 2014, a plea was filed in the Delhi High Court seeking an immediate ban on the sale of fruits and vegetables that contain artificial colours and harmful pesticides. The PIL filed by advocate Sugriv Dubey alleged that fruits and vegetables sold in Delhi are "coated with carbohydrate and other cancerous chemicals to increase their life span." (Simple Tricks to Remove Pesticides From Fruits and Vegetables)

On the High Court's direction, the department has been regularly inspecting food items in the Capital to detect artificial colours and pesticide residue in them. Recently, the Kerala government decided to take strict measures against food adulteration after receiving several complaints about pesticide-laden vegetables and fruits being sold in the markets.