Dipika Kakar and Shoaib Ibrahim are set to tie the knot on February 26. The details of the couple's relationship have been the talk of the town for some time now. However, there's one thing that might have skipped your attention about the handsome match- they're both foodies. 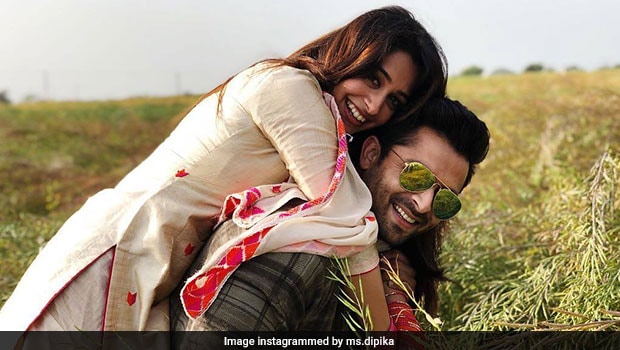 Highlights
TV actors Shoaib Ibrahim and Dipika Kakar are all set to tie the knot this month and the adorable couple has already created a buzz with pictures of their pre-wedding shoot and haldi ceremony pictures. The couple, who met at the sets of popular Hindi daily soap Sasural Simar Ka will reportedly have a small ceremony in the presence of close friends and family and both Hindu and Muslim wedding rituals will be followed. Ever since the duo released pictures from their oh-so-romantic pre-wedding shoot, there's been a veritable chatter on social media about them.

The details of the couple's relationship have been the talk of the town for some time now. However, there's one thing that might have skipped your attention about the handsome match- they're both foodies. One look at both Dipika Kakar and Shoaib Ibrahim's Instagram feed will convince you that there's more than love that binds the duo together.

The secret ingredient in any happy relationship is love, and loads of chocolate too, it seems! Dipika baked a heart-shaped chocolate cake for her Valentine Shoaib and here's how he responded.

A couple that drinks chai together, stays together. Ain't it true, guys?

What's a road trip without some fulfilling dhaba food? Shoaib Ibrahim and Dipika Kakar know this too well as they indulged in some road side fare during their road trip to Jodhpur.

Here's when Dipika made some pani puri at home for her love Shoaib. Isn't that just endearing? (Also Read: Street Food of India: The Happy Family of Gol Gappas, Paani Puris and the Phuchkas of India)

And what's love if you can't even share iftaari with your partner's family, even if you have to do it in their absence?

This was a time when Shoaib couldn't be a part of the family iftaari for some reason, but Dipika filled in for him at his house. Now that's what's called couple goals! The duo did a DDLJ-style filmy photoshoot for their pre-wedding announcement, which in itself was enough to set the hearts of their fans aflutter with warmth. However, the pictures of Dipika Kakar and Shoaib Ibrahim's haldi ceremony are equally amazing.

CommentsBoth of the appear so intensely in love with each other and we can't help but notice how happy they look in the pictures. We wish the lovely pair Dipika Kakar and Shoaib Ibrahim all the very best for the upcoming new beginnings.