Do I need to eat more fibre? 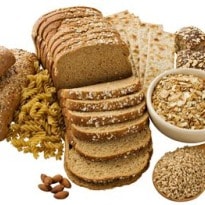 For some people, the idea of eating more fibre is incredibly unappetising. All that chewing is a chore and then there's the matter of flatulence. No wonder the National Diet and Nutrition Survey reports that more than 70% of British men and nearly 90% of British women eat less than their recommended 18gm a day. And if you think 18g is too much, Australian nutritionists suggest a whopping 25‑30g a day.

In the 1980s the F Plan diet, based on eating 1,500 calories a day with high levels of fibre to promote fullness, was a bestseller. Today processed foods rule, yet medical research continues to reveal the health benefits of eating bran flakes and wholemeal bread.

The latest comes from a study published by the BMJ which suggests that people who have have a heart attack benefit from increasing fibre intake. The study was funded by the National Institutes of Health in America, not by manufacturers of breakfast cereals.

It analysed dietary data from 2,258 women and 1,840 men who had no heart problems when the study started but went on to have heart attacks. Researchers took into account many other factors that influence repeat attacks such as smoking, exercise, family history, diabetes, weight, or medicine use and fat intake.

Those who ate 10g of fibre more a day after their heart attack had a 15% lower risk of dying from any cause during the study. Cereal fibre was the most beneficial. Other studies show links with high-fibre diets and prevention of stroke and heart failure, as well as reductions in blood glucose levels and weight.

So few of us eat enough fibre that increasing it is likely to benefit most people. A low-fibre diet is associated with constipation, haemorrhoids and bowel cancer. If you want to avoid bloating and wind from fibre, introduce it to your diet gradually. Aim for a mixture of soluble (peas, beans and oats) and insoluble fibres (skins of fruit and vegetables as well as wholemeal bread). If you prefer a simple approach, do not eat white carbohydrates and substitute them with wholegrain pasta and rice. Swap fruit juice for whole fruit and eat nuts and raw carrots as snacks. The bloating and flatulence will disappear as your body gets used to your new diet.