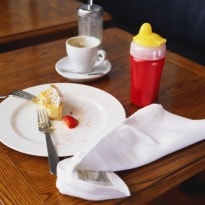 Doctors are exercising less, sleeping less and have the worst eating habits compared to any other profession, according to new research.

PureGym, based in Britain, asked 2,000 people employed in a wide range of professions about their lifestyle choices during an average working week.

The poll revealed that doctors are one of the most likely groups who do not exercise at all, with almost a quarter admitting to doing no form of regular workout.

They are also in the profession that survives on the least amount of sleep, catching on average just five hours of shut eye in a 24 hour period, and the profession most likely to get through the day without a single sit down meal.

Promoted
Listen to the latest songs, only on JioSaavn.com
"We were surprised to learn that doctors typically live the unhealthiest lifestyles, but when you consider the hours they work and the stress that must come with the job, you can understand why perhaps they let their own health take less of a priority than the health of the patients they care for," said PureGym spokesperson Paul Kirwin.

Taxi drivers are also prone to making unhealthy lifestyle choices, according to the survey which found that, along with public transport drivers and lorry drivers, they were the least likely to do any form of regular exercise. Taxi drivers also admitted to skipping meals and snacking on the go regularly.