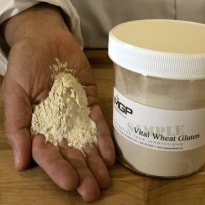 Two studies give disappointing news for parents looking for a way to prevent celiac disease in babies at higher risk for it because of family history. Neither breast-feeding nor timing the start of gluten-containing foods makes a difference in whether a child develops the problem, researchers found.

There is no early window of opportunity to help sensitize a baby to gluten, and delaying its start until 1 year of age just briefly postpones the onset of symptoms, the studies found. "We don't have a recipe to prevent it right now," said Dr. Alessio Fasano, director of the Center for Celiac Research and Treatment at Massachusetts General Hospital. He helped lead one of the studies, which are in this week's New England Journal of Medicine.

Doctors stressed that babies should not get any solid food before 4 to 5 months of age and that breast-feeding is still good for many other reasons.

Gluten sensitivity and intolerance have become dietary buzzwords, but celiac disease is more than that -- it's an autoimmune disorder triggered by gluten, a substance in wheat, barley and rye. It affects cells in the small bowel and can cause pain, diarrhea and other symptoms. For unknown reasons, it's on the rise and is now four to five times more common than it was 50 years ago.

The studies tested food timing as a way to lower risk in babies with a close relative who has the disease. One involved more than 700 infants in Italy started on gluten-containing foods either at 6 months of age or later, at 12 months. After two years, more babies in the early gluten group had signs of disease, but after five years, the groups were similar on risk.Instead, the biggest factor was the babies' immune systems -- inherited risk. By 10 years of age, those with two copies of a certain gene had a 40 percent risk of developing celiac disease -- 40 times greater than the general population, Fasano said. The study was funded by the Celiac Foundation of the Italian Celiac Society; some authors are visiting scientists at Mass General.

The second study of 944 children throughout Europe tested the idea that an early start on gluten might build tolerance to it. Infants were given either small amounts of gluten or a placebo every day from 4 to 6 months of age. About 5 percent of both groups developed celiac disease by age 3. The study was funded by the European Commission and others.

The research is likely to change medical advice, says a commentary in the journal by Dr. Jonas Ludvigsson of the Karolinska Institute in Stockholm and Dr. Peter H.R. Green of Columbia University in New York. "From now on, it will be hard for anyone to continue to recommend the introduction of gluten specifically at the age of 4 to 6 months" as many doctors have been doing, they wrote.

Because the prevalence of the genes related to risk have not changed, nor the gluten content of wheat flour, "other environmental factors must be contributing" to the rise in celiac disease, they wrote.