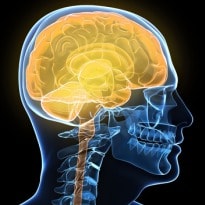 Researchers in the US have used electrical brain stimulation to boost the vigilance of sleep-deprived military personnel working on an airforce base.

Experiments on 18- to 42-year old men and women on active duty found that half an hour of electrical brain stimulation improved their performance twice as much as caffeine, and the effect lasted three times as long.

Scientists at the Air Force Research Laboratory in New Carlisle, Ohio, are exploring the potential of brain stimulation to help analysts who spend hours poring over images to identify military targets.

"In the air force we do a lot of intelligence missions and we have a lot of analysts on the back end who are looking for targets, which can be vehicles, buildings or whatever," said Andy McKinley, who led the research with Lindsey McIntire, a psychologist at Infoscitex, a technology company in Dayton.

"This type of image analysis task is not well suited to automation. There's no computer algorithm that can go in and autoselect targets for you, it's a human endeavour. If we can help people pay attention for long periods of times, that's really important," he added.

Thirty military staff spent a normal day at work before heading to the laboratory to take part in the study, which ran through the night until they had been awake for 30 hours. Every two hours, the participants reported how they felt and had their reaction times tested. They also took part in a vigilance test which involved watching a bright dot move steadily around the circumference of a circle. Every now and then - a dozen times every half an hour - the dot jumped a position. Whenever this happened, the watchers had to respond by clicking a button.

At 4am, when people's cognitive performance is typically at its lowest, the scientists gave the participants gum and attached electrodes to their heads. One group got caffeine gum but sham brain stimulation, where the scientists went through the motions but did not turn the electrical current on. Another group got placebo - caffeine-free - gum and 30 minutes of electrical stimulation to the left side of a brain region called the prefrontal cortex, which is involved in short term memory and attention. The third group got placebo gum and sham brain stimulation. In other words, no stimulants at all.

From previous experiments, McKinley expected to see some improvement in the brain stimulated group, but the surprise was how long the benefits lasted. "People who got the brain stimulation were still performing at the same level six hours later, while the people who got caffeine and sham treatment, their performance declined rapidly," he said.

When tested at 8am, the people who had electrical stimulation scored around 60% on the vigilance test compared with 30% for those who got sham stimulation or caffeine. "That was a huge difference," said McKinley.

The electrical stimulation group also reported better scores on fatigue, drowsiness, energy and mood than the caffeine and placebo groups. Caffeine had a rapid effect on people's performance, but the beneficial effect wore off after two hours, according to a presentation at the Society for Neuroscience meeting in Washington DC on Wednesday.

McKinley used a procedure called transcranial direct current stimulation (tDCS) which causes neurons in the brain to fire more readily than normal. "I think the reason we're getting these long-term effects is they are making some longer-lasting changes to the neural connections," he said.

The researchers are now keen to run more tests to see whether brain stimulation can have even longer-lasting effects. "You can conceive of putting a headset on and wearing it on your way to your job. After 20 to 30 mins of stimulation you're good to go for the entire day," said McKinley.

tDCS devices and similar equipment are already on the market, but several groups of researchers have raised concerns about their unregulated sale. In August, Nick Davis, a psychologist at Swansea University, warned that the general public might not be familiar with the risks associated with electrical brain stimulation, particularly in children. Among those he highlighted were small risks of seizures and mood changes.

A similar warning came in a report from researchers at the Oxford Martin School, University of Oxford, in April. "Neuroscientists are cautiously optimistic about the prospects of using tDCS in some clinical populations and healthy adults, but it should be noted that many of the devices currently sold for 'enhancement' have not been closely regulated," said Hannah Maslen, the first author of the report. "We've suggested that the [European Commission's] Medical Devices Directive should be amended to cover such devices. That's not because we think people should be prevented from using brain stimulation, but simply that better regulation would ensure that devices are as safe as possible and that manufacturers' claims about effects are not unsubstantiated."