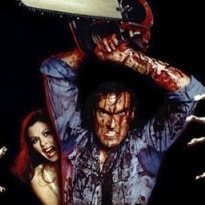 You can buy edible blood, but making your own adds a rich vein of fun to gory Halloween fancy dress

Getting the right hue and consistency for fake blood - or "Kensington Gore" as it's known to thespians - is a problem that has challenged makeup artists for years. Not only does it need to look convincing, but if it's being applied to mouth wounds in zombie or vampire movies it also needs to taste good (or at least not poison the "wounded" party).

In the halcyon days of black-and-white movies, Hershey's chocolate syrup was the flavour of the month - its dark colour providing a starker blood-splattered contrast on screen than vibrant red food items such as tomato ketchup.

With the advent of colour movies chocolate sauce was superseded by red food-colouring mixed with all manner of thickeners and sometimes dangerous chemicals to create the requisite colour and consistency.

Legendary movie makeup artist Dick Smith, who provided pints of fake blood for films such as The Godfather, Taxi Driver and Scanners, swore by a combination of corn syrup, methylparaben, red food-colouring, yellow food-colouring ... and Kodak Photo-Flo, which was normally used as a drying aid and is highly poisonous.

Actor Bruce Campbell revealed in his autobiography that the secret recipe favoured by director Sam Raimi for the B-movie horror The Evil Dead, mixed pints of corn syrup, food colouring and creamer. To wash the mixture off the skin and out of clothing Campbell advised placing blood-drenched actors in a shower for half an hour.

These days, fake blood is used by thousands of trick-or-treating children dressed as witches, vampires, werewolves and assorted ghouls; costumed partygoers of all ages; and for decorating vampire cakes the world over. You can buy pre-made edible blood, but part of the fun is experimenting with different ingredients and coming up with a combination that is tasty as well as gory.

There are dozens of fake blood recipes, and although they vary wildly, the base ingredient seems to be a generous tablespoon of corn syrup. Golden syrup works just as well. Add red food-colouring and a few drops of blue food-colouring for a darker red (use it sparingly to avoid an unconvincing purple).

Then it depends how authentic and precise you want to be. Arterial blood needs to be bright red; venous blood is much darker. To achieve the latter, add a couple of squirts of chocolate syrup, which will darken and thicken the blood. To make blood with an even thicker consistency many professional makeup artists add gelatine to the mix. However, DIY gore enthusiasts can achieve a similar effect by simply adding a generous dollop of smooth peanut butter - you can also add seedless strawberry jam to make it even more gelatinous. If the mixture becomes too gloopy, just add a little water to thin it out.

Many of the recipes we tried produced a suitably grim appearance, but got a thumbs-down from my ghoulish taste testers (my Halloween-crazy nephew and niece, Caleb and Lana). The recipe that proved tastiest for mouth wounds and also provided realistic cake decoration is below. It's basically syrup though, so don't drink too much of it straight - vampire costume or not.

If the mixture is too loose stir in a teaspoon of corn starch, whisking rapidly to thin out any lumps (alternatively you can leave it to settle for a while and skim the lumps off the top). Then apply the mixture liberally to the mouth, face and gaping fake wounds for a full-on horror show.

• Do you have a tried and trusted recipe for making fake blood taste great?