A Spooky Halloween Spread: 6 Terrifying Treats in the World 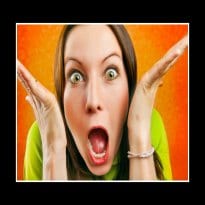 Statutory Warning: Contain yourself. This could make your skin crawl.

It wouldn't be wrong to say that some people don't wait for Halloween day to bite into extraordinarily creepy foods. I set out to explore the hair-raising mystery behind some of the world's most notorious foods. My culinary curiosity led me to discover that there's much more than insects crawling onto your plates.

Here's a serving of 6 unusual and unnerving delicacies that seemed to have been catered straight from hell's very own cookhouse!

Casu Marzu is a traditional cheese from Sardinia in Italy. It is made from sheep milk. What makes Gordon Ramsay regard this as the world's most dangerous cheese? Here's the catch - Would you dare to bite into cheese that contains live worms? The insects, known as Piophilia casei or cheese flies, are deliberately added to bring about fermentation and decomposition of the cheese.

The cheese is left out allowing the female flies to lay eggs in it. Once the eggs hatch, the larvae begins to eat into the cheese. The acid secreted from the maggot's digestive tract helps in making its texture soft and velvety. A pack of cheese could contain thousands of translucent worms writhing for life. Ironically, it not considered fit to consume once the maggots die. When consumed it is known to cause a burning sensation in the mouth.

So all you need is some bread, seasonings and an eye gear! You heard me, the maggots are known to leap for distances of about 15 centimetres when they are disturbed (better safe than sorry!). Its health and hygiene issues did inspire a controversy and the cheese was deemed illegal for a while recovering its status in 2005.

Wine and cheese go hand in hand. How about a glass of wine to wash down the maggot-ridden cheese?  Touted as 'The Health Tonic', this is a traditional drink sipped in China and Korea.  It is known to cure anything from asthma to liver ailments. Tiny little new born mice are placed in rice wine while still alive and left to ferment. You can find the dead mice stocked at the bottom of the wine bottles. Now as if that wasn't revolting enough, it is known to have the taste of raw gasoline!

After a grisly first course, here comes a deadly appetizer. Would you believe that people in Vietnam dish up the deadliest creature's heart, while it's still throbbing? After having selected your pick, the cobra is known to be cut open right in front of the diner. You could chomp on it raw or gulp it down with some snake blood or even wine. Since the heart is extracted fresh, it is known to continue beating for a couple of minutes while being consumed. MasterChefs like Anthony Bourdain and Gordon Ramsay have shared their chilling experiences. Clearly, this one's not for the faint-hearted.

When served as a main course, chances are that you would be stocked or at least pretend to be if asked to take a dig at it. This dish screams 'eat at your own risk'.  Fugu is a Japanese dish made with a poisonous fish known as Pufferfish. The fish contains a lethal poison called tetrodotoxin which is deadlier than cyanide! The poison from a single fish can kill up to 20 people. It paralyzes the muscles and blocks the respiratory tracts causing death. Therefore the preparation of this dish is controlled by law; only qualified chefs with rigorous training are allowed to prepare it.

Hold onto your shriek, there's more. The tastiest parts of the fish, the liver, intestines and ovaries are the most poisonous. Despite its fatal disposition, Fugu is being consumed in Japan since centuries.

Need something to crunch on? Add tuna eyeballs! Tuna eyeballs are as big as the size of a tennis ball. They can be boiled and eaten with just a few seasonings owing to its great taste. It is popular in South East Asia & Singapore. Could you possibly enjoy a meal that stares in your face? Guess some people do. An eye popping dish, quite literally!

Listen to the latest songs, only on JioSaavn.com
Raw Horse Flesh Ice Cream

With a meal like this, you'd probably want to run to the hills but not before the dessert right? A sweet (or not so sweet) spoonful that defies the ordinary. Eaten across Asia, a vanilla flavored ice cream that holds a vile surprise - raw horse flesh. In Japan it is popularly known as, Basashi Ice. Chunks of horse flesh are waiting to tickle your sensations. So is it a yay or neigh, for this one?


While most women are known to have a sweet tooth and men love their meat, some like to savour repulsiveness. I'd rather not taste fear, but do you have any evil favorites?