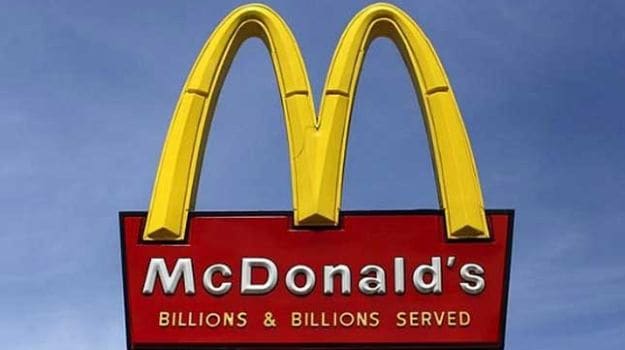 Highlights
Rapidly growing multinational fast food chains in India are the largest contributors to hydrofluorocarbons (HFC) emissions and could add the equivalent of nearly one million tonnes of carbon emissions by 2020, says a new international study.

US-based McDonald's, Starbucks, Subway and Dunkin Donuts as well as India-based company Cafe Coffee Day and Britain-based Hindustan Unilever are among the eight fast food chains that could add the equivalent of nearly one million tonnes of carbon emissions by 2020, the Environmental Investigation Agency (EIA) said in its report "Transitioning HFCs in India: The opportunity for climate-friendly cooling in the fast food industry" released on Friday.

"Developing countries like India are expected to join a global HFC phase down, and it behoves multinational corporations to do their part for the climate," an official statement quoting EIA Global Climate Campaign Director Avipsa Mahapatra said.

"With climate friendly, cost effective technologies already available, these companies have no excuse to rely on super greenhouse gases.""We call on these companies to recognise the enormous potential for emissions reductions in India by reducing their refrigeration footprint and publicly commit to not install HFC-based equipment in their new stores from 2019," Mahapatra said.

The Indian fast food industry is expected to grow from $15 billion in size to more than $50 billion over the next five years.

McDonald's, with more than 350 stores in India and growing, has not transitioned to climate friendly alternatives in India, but in its Europe facilities, has installed over 13,500 pieces of HFC-free equipment since 2010 and has piloted an entirely HFC-free store, says the EIA.

Subway, the largest fast food chain by store count in the world, uses hydrocarbons in back counter chillers in the Britain and Ireland, but has no stated intent of going HFC-free in India.

Promoted
Listen to the latest songs, only on JioSaavn.com
The Parties to the Montreal Protocol will meet in October to reach an agreement on the global phase down of HFCs.

According to the EIA, a successful agreement has the potential to mitigate 100 billion tonnes of carbon dioxide equivalent by 2050.