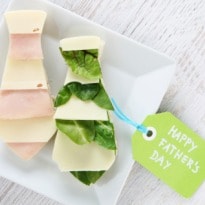 Father's Day is around the corner and if you're still getting overwhelmed by the long list of things under the banner 'father's day gifts' then please stop! Dads are simpletons. They'll like just about anything you give them as long as you do it with a beaming smile.

The one way to really reach out them and make sure they melt would be to march into the kitchen and cook them something delicious. And just so you don't get carried away with all the mush that comes with Father's Day here are things you should immediately cross off your 'what to cook for dad' list.

Boiled eggs, scrambled eggs, fried eggs, toast (both brown and white), pancakes with maple syrup - are these are only some of the many things you've planned will be part of darling dad's breakfast menu?

We know he chews iron and spits fire but he's only human. So don't overdo the breakfast items and keep it simple!

Eggs are one of the first things we learn to cook but just because they're easy doesn't mean you can't get them terribly wrong.

Is there a gender divide between the food we eat? No. But that doesn't mean we can't categorise certain foods as feminine: Sponge cakes with pink icing, cupcakes with sprinkles or in short everything that falls under the pretty, pale, strawberry and vanilla label.
We're not saying dads don't enjoy the usual cupcake but just this once you might want to serve him a big juicy burger instead.

Listen to the latest songs, only on JioSaavn.com
Jelly Cake

How much is too much? Avoid giving your dad a sugar rush and instead of colour coordinating marshmallows and jelly, cook him something he won't be afraid to try.