Food for Thought: Men Tend to Overeat When Dining with Women! 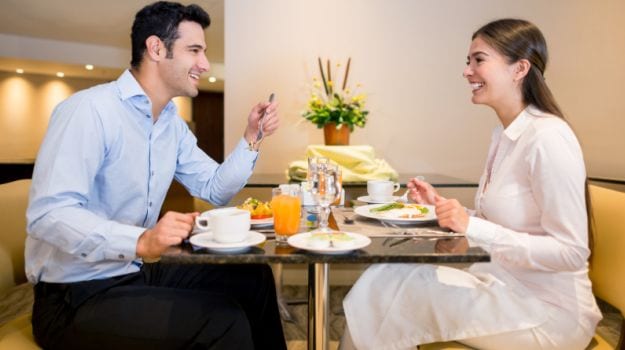 While most women may shy away on a dinner date, a new study suggests that men eat significantly more food when sharing a meal with women than with other men.

"If you're a man, how much you eat may have more to do with the gender of your dining companions than your appetite," researchers said. The study was conducted by researchers at the Cornell University in New York and it found that men will eat significantly more food in the company of women than they will with other men.

For the study, researchers observed 105 adults lunching at an all-you-can-eat Italian buffet over the course of two weeks. They recorded the number of pizza slices and how many bowls of salad each diner ate. The gender of each diner's eating partner or partners was also noted.

Before leaving the restaurant, the diners were intercepted by a researcher to ask them to complete a short survey indicating their level of fullness after eating, and their feeling of hurriedness and comfort levels while eating. The study concluded that men who dined with at least one woman ate 93 per cent
more pizza and 86 per cent more salad than men who dined with only other men.

Interestingly, the researchers also noted that the amount that women ate didn't differ when eating with other women or with men. When they ate with men, many women indicated feeling that they overate and were rushed through their meal. "These findings suggest that men tend to overeat to show off - you can also see this tendency in eating competitions which almost always have mostly male participants," said lead author Kevin Kniffin, of Cornell University. The study was published in the journal Evolutionary Psychological Science.