French Wine Harvest to Drop this Year, but Good Vintage 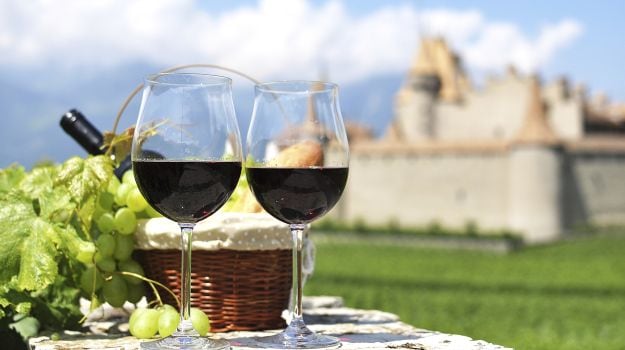 France's closely-watched wine harvest should be slightly less plentiful than it was last year due to a lack of rain, official figures showed, but industry professionals are nevertheless expecting a good vintage. The predictions, published by the agriculture ministry every year, are always much anticipated by wine lovers the world over, particularly after France re-claimed its title of number one producer in 2014 after two difficult years marked by heavy rain and cool temperatures.

According to the figures, national wine production is expected to hit 46.5 million hectolitres this year, a one percent fall from 2014 but still higher than the average of the past five years. The figures are based on data collected mid-August, and the final number may still vary depending on the climate. The ministry said that by and large, vines resisted the heat wave at the beginning of the summer, but by mid-July, some were showing signs of thirst.

(11 Wine Labels with a Sense of Humour)

Listen to the latest songs, only on JioSaavn.com
In the famous wine-producing areas of Burgundy and Beaujolais, "the grapes are small, particularly for red wines." In these areas, production is expected to drop by 11 percent compared to last year -- as it is in the famed Champagne region. Wine production in the Bordeaux region, meanwhile, should fall just one percent.(Wine from Unexpected Places? Raise a Glass to Syria)

CommentsRecent rain, though, could help paint a rosier picture. Despite these drops, the wine itself will be of good quality, industry professionals say. Unlike many crops that are hit hard by drought, vines "like to suffer and we prefer a lack of rain to too much water," says Guillaume Lapaque, the head of wine associations in two French regions.