From Tears to Tantrums: Why Does White Wine Leave Women Feeling Depressed? 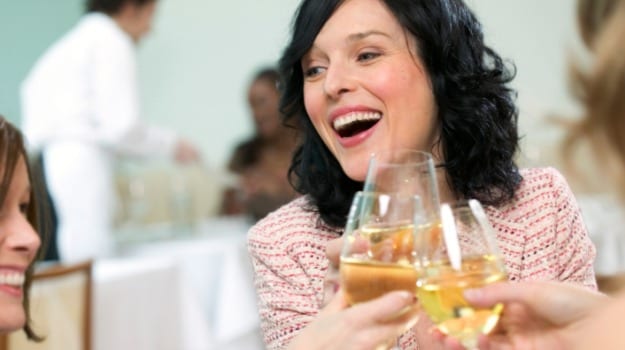 You may or may not have noticed, but white wine leaves many women feeling angry, upset and sometimes even depressed. Dr. Sarah Jarvis, medical adviser at Drinkaware found that women react to alcohol differently than men. Alcohol can make men really aggressive because of their high testosterone levels but it can leave women feeling miserable. (Most wine drinkers can't tell the cheap from the expensive)

But the real question remains - why is white wine blamed more often than any other drink for mood swings in women? Is there something in the wine or do some women just not how much is too much? (Poured too much wine? Blame the glass)

According to Drinkware, a charity located in the United Kingdom that works with medical experts and researches alcohol, women are more likely to 'over pour' and not have an idea of how much they're glugging from the glass. On the other hand, science suggests that the presence of sulphites in white wine can be what's causing the mood swings. Sulphites, popularly known as 'drinking blues', include sulphur dioxide and salts from sulphuric acid. While sulphites are naturally found in grapes, small amounts of sulphur are added prior to fermentation, as a preservative, to keep the freshness and remove unwanted yeasts and bacteria. And clear wines like white wine require more preservatives than dark wines.

Other than sulphites, white wine also happens to be rich in sugar. According to Britain's Food Standards Agency, white wine contains up to 10 times more sugar than red wine. While there is no study that connects sugar intake to erratic behavior, it is believed that the more sugar your body gets the more moody you tend to be. (Sip red wine for a healthy heart)

Promoted
Listen to the latest songs, only on JioSaavn.com
Researchers from the University of Missouri, Columbia gave some more insight - even when women consume the same amount of alcohol as men, they tend to experience a dreadful hangover more quickly and severely. One of the biggest reasons could be that women have more body fat and less body water as compared to men. And so the alcohol gets distributed in body water, leaving women with more alcohol in their bloodstream. This could be the reason behind severe hangovers and uncontrollable mood swings.

Another reason for why wine in general may hit you hard is because it dehydrates you. And since people tend to drink more during the start of the night, be sure to start with something like beer which has more water content.