FSSAI to Fix Limits of Melamine in Milk and Milk Products 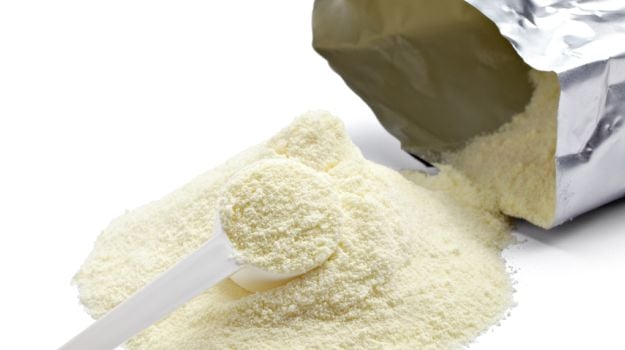 To check adulteration, food safety regulator FSSAI has proposed for the first time fixing a maximum permissible limit of melamine content in milk and related products. Currently, there is a ceiling on presence of insecticides and metal contaminants in milk and milk products, while FSSAI has now proposed that limits should be fixed for melamine amid concerns of presence of such chemical in various milk products.

In a notification, the Food Safety and Standards Authority of India (FSSAI) has proposed imposing a permissible limit of 1 mg of melamine in every kg of powdered infant formula, 0.15 mg per kg in liquid infant formula and 2.5 mg per kg in other foods. The regulator has sought public comments on these proposals by September 6. The government recently banned import of Chinese milk and milk products for one year till June 2016 due to presence of this particular chemical.

(Import Ban on Milk Items from China Extended Till June 2016)

According to the World Health Oraganisation, "Melamine is an organic base chemical most commonly found in the form of white crystals rich in nitrogen and is widely used in plastics, adhesives, countertops, dishware, whiteboards."Why is Melamine added in milk and related products?

"Companies using the milk for further production (e.g. of powdered infant formula) normally check the protein level through a test measuring nitrogen content. The addition of melamine increases the nitrogen content of the milk and therefore its apparent protein content." - WHO

According to the Codex Alimentarius Commission - UN's food standards body - the maximum limit of melamine content in powdered infant formula is 1 mg per kg, whereas for other foods and animal feed it is 2.5 mg per kg.

In another notification, the FSSAI said it has proposed that food companies should mention source of edible vegetable oil or fat on the label of packaged food items for the benefit of consumers. Public comments have also been sought on this proposal.

The regulator has stepped up on the surveillance of processed food items in the wake of the Maggi noodles controversy. It is reviewing safety standards and holding several consultations with stakeholders to strengthen them.