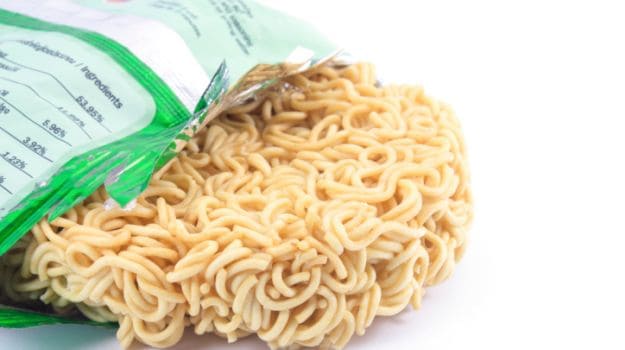 Gujarat government announced a ban on another two instant food products after test results indicated presence of lead and monosodium glutamate (MSG) in some of the samples tested by the state Food and Drugs Control Administration (FDCA). The government has also extended the ban on Nestle's Maggi noodles for another month.

According FDCA commissioner Mr. H G Koshia, out of 23 samples of Sunfeast Yippee, one sample failed the safety test as it showed higher lead content while some samples showed presence of MSG. "In one of the samples of Yippee, lead content was found to be 3.44 PPM (particle per million) instead of the prescribed limit of 2.5 PPM. Such an excess of lead is harmful if consumed. We also found MSG in some other samples, while some samples were found safe," said Koshia.

Promoted
Listen to the latest songs, only on JioSaavn.com
"We had collected only one sample of Bambino Macaroni and found that lead content was 4.1 PPM," he added. Gujarat government had banned the sale of Maggi for one month in June and later extended the ban for another month. Similarly, the one-month ban on Hakka noodles manufactured by S K Foods was also extended this month. According to Koshia, FDCA has widened its net now. "Till now, we have collected 133 samples from 22 companies selling instant noodles and pastas. Of these, 33 samples have failed the test so far, including Maggi. Results of some other brands are awaited," said Koshia.

"Apart from noodles, we have also collected around 60 samples of other food products, such as soft drinks, wafers and ice cream. We will test them in coming days," he added.