Beyond Maggi Noodles: Some of the Most Shocking Food Controversies 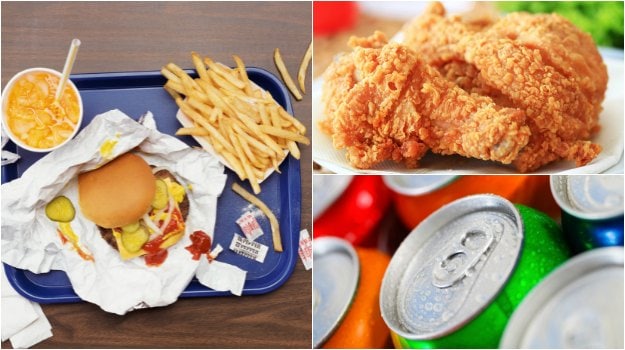 The ongoing Maggi noodles controversy is creating furor in the food space. While local eateries haven't put a stop to selling their quirky Maggi versions, many people are turning away with a heavy heart. This is not the first time that a food product has come under the strict scanner of government officials. Some of the most popular brands have had their share of sleepless nights in the past. We bring you a round-up of some of the most controversial food products of all time -

We all love chocolates! Those Cadbury bars have been the greatest joys of our lives while growing up and still continue to be for most. But in 2003 the brand had to face the wrath of angry parents and loyal customers over the reports of worms found in Cadbury's Dairy Milk in Maharashtra.

Cadbury responded by stating that this contamination was not possible at the stage of production but could have resulted from the lack of proper storage at the retailer's end. However, Maharashtra's Food and Drug Administration (FDA) Commissioner came cracking down and in an interview said, "It was presumed that worms got into it at the storage level, but then what about the packing - packaging was not proper or airtight, either ways it's a manufacturing defect with unhygienic conditions or improper packaging."

Cadbury made up for the loss by investing heavily into product quality and ensuring customer satisfaction. In 2004 it spent a huge sum of amount to get imported machinery to ensure better packing and packaging. It also roped in Amitabh Bachchan as the brand ambassador to rekindle and ignite sense of trustworthiness. Despite this, there were some fresh cases of a similar nature. It's only last year that a person in Kolkata had reported worms in his Cadbury chocolate.

"Amitabh, seemingly quite miffed with discovering worms in the chocolate posted a message and pictures on his Facebook page," reported Daily Bhaskar.

McDonald's has been making it to the news for all the wrong reasons since quite some time now. From a dead mouse found in a person's cold coffee in Canada to dental material, human tooth and other elements in the 'happy meals', the brand has had a turbulent ride. Its sales plummeted after the food safety scandal in China when it was alleged that workers at McDonald's supplier Shanghai Husi Food Co. repacked expired meat.

McDonald's stopped using the Shanghai plant and many restaurants were unable to provide some products, including Big Macs and Chicken McNuggets. There were also reports of people finding plastic materials in their chicken nuggets in Japan. The company has recently declared to phase out using meat from antibiotic-injected chickens.

In India, in a food safety scandal related to rice, the Food Safety and Standards Authority of India (FSSAI) had said the samples of 'Rizo Rice' taken from KFC at Scindia House in Connaught Place showed that it contained artificial colour.

In defence, KFC had stated, "The recent news reports on KFC rice being unsafe is a case of misinformation. We only use the natural colour (beta carotene) which is sourced from highly reputed international suppliers, in our Rizo rice meals. We are confident of our product quality and are working closely with the regulatory authorities in this matter who have assured that the sample is safe for consumption and no proceedings have been initiated against KFC. "

Ever wondered what is the secret in those carbonated drinks that taste so good? Well, the government did. In the year 1977, when the Indian government questioned Coke about its 'secret recipe' and what went into making it, it pulled out of India.

"In 1993 Coca-Cola re-entered India after a prolonged absence," says Peter Moss in his book, Thriller: Ghosts of the Dark Sky Bogs and Barrens.

According to a New York Times report filed in 2006, dispute revolving around cola companies having pesticides was first reported in the year 2003. It rose again in the year 2006 when an environmental group called Centre for Science and Environment claimed that sodas sold by Pepsi and Coca- Cola were laced with pesticides.

"The western coastal state of Gujarat and the state of Madhya Pradesh, in central India, banned the sale of the soft drinks in schools and government offices, after tests on 11 products made by the two companies showed high pesticide levels, up to 24 times the recommended limit.

Similar bans were announced by state governments in the northern states of Rajasthan and Punjab. Lawmakers from the opposition Bharatiya Janata Party called for a nationwide ban." - India Widens Ban on Coke and Pepsi, Amelai Gentleman, The New York Times.

Pepsi came up with newspaper advertisements stating that, "Pepsi is one of the safest beverages you can drink today." According to a New York Times report, the company acknowledged the presence of pesticides in the ground water in India that found their way into food products. It also made clear that, "Compared with the permitted levels in tea and other food products, pesticide levels in soft drinks are negligible."

Both the companies were also attacked for running bottling plants in Kerala which was allegedly leading to water pollution, ground water depletion, affecting agriculture produce and causing health issues. The health ministry of India then formulated standards for pesticides in carbonated drinks.

In the year 2012, The Centre for Science & (CSE) tested 16 popular brands including Nestle's Maggi noodles, McDonald's, KFC, Haldiram's aloo bhujia and PepsiCo's Lay's potato chips and accused most of these companies of misleading the public through wrong claims and insufficient labeling. The story was reported and published by The Economic Times.

"PepsiCo, Nestle, McDonald's and KFC denied the allegation and said their products were free of trans fats. Rajesh Maini, corporate communications GM of McDonald's India (North & East), said the CSE study results are "most unusual" because the restaurant chain uses refined, bleached and deodorised palm oil in which trans fats are so low that they are virtually undetectable, " 'PepsiCo, KFC, McDonald's, Nestle's Maggi get junk rating for misleading consumers',The Economic Times.

"We get our products regularly analysed at globally reputed and government-approved laboratories and these test reports clearly show that all our food products under the Lay's, Uncle Chips, Kurkure and Cheetos brands continue to be trans-fat-free as defined by Indian and other regulators," a PepsiCo spokesman said.

6. Caught in the Subway

Talking of creepy crawlies, how can we forget about the worms that made way into Subway sandwich?  In 2011, a Mumbai-based woman found a worm inside her Chicken Tikka Subway.

According to a Mid-Day report, "The manager of Subway, Prabhadevi outlet, tried to worm his way out by saying it was the fault of the vegetable supplier. He added that the eatery is also pacifying the aggrieved customer."

A similar incident happened last year when a person in Hyderabad found a worm inside his non-vegetarian subway. Subway was also in news after a food blogger petitioned the chain to remove 'yoga mat chemical' ingredient from its breads. Tony Pace, Subway's chief marketing officer, told the Associated Press that the chain started phasing out the ingredient.

In 2013, the Brazilian health officials ordered banning a batch of Mexico-made Heinz ketchup after detecting traces of rodent fur. While the Mexican authorities went on to inspect the factory where the batch was produced, Heinz declared that the batch was imported to Brazil a year before the incidence and was therefore taken out of circulation.

According to a BBC report, "The government said in a statement that it had banned all sales, distribution and marketing of the batch. Neither the firm nor Brazilian officials gave any details about the extent of the contamination or the volume of products that had been withdrawn."

The United States has a ban on the popular Kinder Eggs manufactured by Italian company Ferrero. Originally intended for children, it's also popular with adult collectors and has the form of a chocolate egg containing a small toy. It is also banned from being imported. According to the U.S Food and Drug Administration (FDA) Kinder Eggs could be a choking hazard due to the small toy parts embedded in them. A 1938 U.S federal law bans such non-edible objects to be embedded within food products.

All images are for representational purposes.
Images via Thinkstock