Happy Birthday Arjun Kapoor: 9 Foodie Secrets Of The Actor You May Not Have Known

He may be a little more cautious with his diet now, but he is still a self-confessed foodie at heart. Here are some foodie secrets of Arjun you may not have known 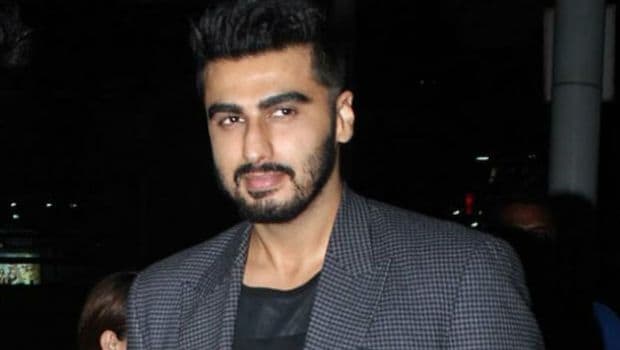 Actor Arjun Kapoor is celebrating his 33rd birthday today. The actor, who just wrapped the shooting of Namaste England in London, rang in his birthday with family in Mumbai. Janhvi Kapoor, who would soon be seen in 'Dhadak' with Ishaan Khatter, posted an adorable picture of brother Arjun cutting his birthday cake. Apart from Namaste England, Arjun's upcoming movies include 'Sandeep Aur Pinky Faraar' and Ashutosh Gowarikar's 'Panipat'. After the commercial success of 'Mubarakaan', fans and critics both are rather excited with what Arjun has to offer next. Ever since he stepped foot in the industry with Ishaqzaade, Arjun registered himself amongst the most promising actors of the generation. He followed it up with notable performances in 2 States and Ki & Ka. With his incredible weight loss journey, Arjun also became an inspiration for a million youngsters. Did you know, Arjun weighed a whopping 140 kilos, and wasn't even eyeing a career as an actor in the Hindi film industry? It was then when Salman Khan encouraged him to diet and workout. He lost 53 kilos in a span of just 2 years!
He may be a little more cautious with his diet now, but he is still a self-confessed foodie at heart. Here are some foodie secrets of Arjun you may not have known:

2. In an interview to NDTV spotlight, Arjun confessed, "Kapoors ko khaane ki parakh hai" (The Kapoors know their food). He added, "We have become actors and all but we are actually food critics in our heart. Our eyes hover; we have a roving eye for food."

3. In the same interview with Aneesa Baig, he also revealed some fun foodie secrets about Anil Kapoor and cousin Rhea Kapoor. He told his fans how Anil Kapoor would constantly steal food from his plate in any gathering. Praising Rhea's knowledge of food and her ability to understand Arjun' taste, he said, "I don't need an app in my life, I have Rhea". So adorable, right?

4. In an interview with Anupam Kher, he also confessed how Sonam would often take Arjun as the third wheel to her dates so that her parents are not suspicious. Arjun admitted that he would do so as Sonam promised him burgers, which he would happily devour in one corner as she chatted, with her dates.  Cousin goals!

5. Arjun might be one of the biggest foodies in town, but did you know that he is not that great a cook himself. In the show, Farah Ki Dawat, he admitted that he just loves to eat and cannot cook to save his life.

6. In 'Farah Ki Dawat' Arjun also confessed his peculiar fixation with Schezuan sauce. He said he can team anything with the enticing sauce and have it with much delight.

7. Arjun loves his non-vegetarian spread. He eats vegetarian food too as it is a part of his diet. He hates bitter gourd (Karela).

Promoted
Listen to the latest songs, only on JioSaavn.com
8. Arjun is not so fond of seafood. Apart from north Indian food, he really enjoys Chinese cuisine.

9. In an interview to a leading daily, Arjun also confessed his love for some Rajasthani delights like laal maas and ghevar.

CommentsHere's wishing Arjun Kapoor a very happy birthday! May you get to enjoy all your favourite treats for the day!