Happy Birthday Harbhajan Singh: 7 Times Turbanator Impressed Us With His Foodie Side

Happy birthday Harbhajan Singh: On his birthday, we have picked out some of his best foodie moments. Have a look: 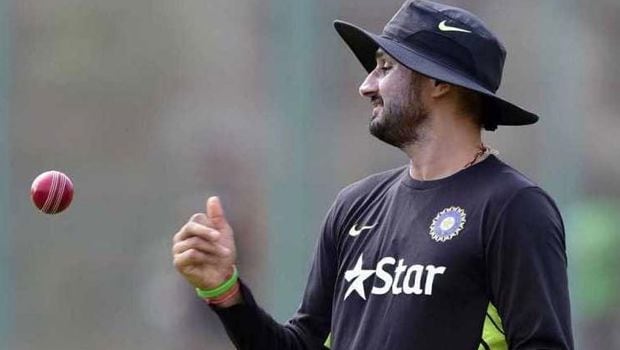 Cricketer Harbhajan Singh is ringing in his 38th birthday today. Harbhajan has the second-highest number of Test wickets by an off spinner, behind Sri Lanka's Muttiah Muralitharan. He was conferred the Padma Shri, India's fourth highest civilian honour, in 2009 for his outstanding service to the Indian cricket team. Having made his first-class test debut in the year 1998, Harbhajan, or as he is fondly called Bhajji, has achieved and broken many international records. His stint in the recently concluded IPL has proved that even at 38 Bhajji is still rearing to go. He was a part of the champion team Chennai Super Kings. One can find Harbhajan on several ads and TV shows; moreover, he has a massive social media following. From his fitness videos to his adorable posts with daughter and wife, Harbhajan's Instagram profile is a delight.

Being a sportsman, Bhajji is mostly on a strict diet charted out by his nutritionist. But, he has his share of cheat days and indulgences too.  On his birthday, we have picked out some of his best foodie moments. Have a look:

CommentsThat's him enjoying a bucketful of ice cream in the UK with his friends.

Seems like Bhajji has a penchant for sweets. That's him enjoying some cutesy desserts and ice cream in Stockholm, Sweden.

Aren't those tricolour cupcakes the cutest thing you have seen on internet today?

Turns out, that the self-confessed foodie is a great cook too. That's him barbecuing some amazing delights. "Good company + Great weather + Great food + Barbeque = A great weekend #Foodie," we cannot agree more!

That time when he took out his phone to give us a glimpse of him having delicious breakfast with wife, Geeta Basra, at Hyde Park. Aren't they awwdorable?

The couple who eats together, stays together. That's him having 'lunch with Biwi' and enjoying some perfect dimsums @tridentmumbai Nariman Point.

"A helping hand in the kitchen is always good. The best I can do besides making coffee inside a kitchen is making some aam ras." He captioned the video as he impressed us with another one of his talents.


Here's wishing Harbhajan Singh a very Happy birthday. May you get to enjoy all your favourite treats for the day.
For the latest food news, health tips and recipes, like us on Facebook or follow us on Twitter and YouTube.
Tags:  CELEBRITYHarbhajan Singh