Happy Birthday Katrina Kaif: 6 Foodie Secrets Of The Actress You May Not Have Known

Actress Katrina Kaif is ringing in her 35th birthday today. Here are some foodie secrets of Katrina Kaif that you may not have known: 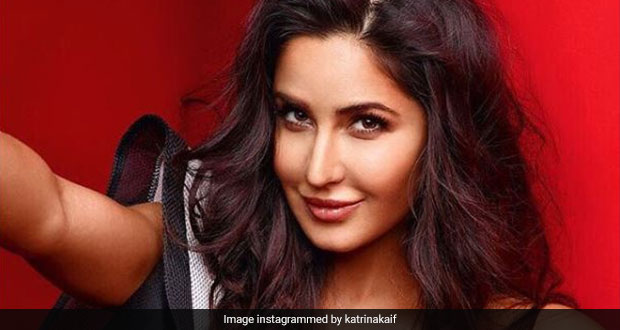 Actress Katrina Kaif is ringing in her 35th birthday today. The actress, who was last seen in the blockbuster 'Tiger Zinda Hai,' wherein her action-packed avatar was appreciated, both by masses and critics alike. This year, too, Katrina is all set to surprise her viewers with her role in Anand L. Rai's 'Zero' and Vijay Krishna Acharya's 'Thugs of Hindostan.' It is after six years that Katrina would be reuniting with Jab Tak Hai Jaan co-star, Shah Rukh Khan, and after five years with Aamir Khan. Apart from the celluloid, Katrina is one of the most sought-after stars on social media too. Barely a year old on Instagram, Katrina has already clocked up some 12.5 million followers. One of the most popular fitness icons of the current generation, Katrina often posts stories and photos from her daily gym routine. But, many of you won't know that deep down she is a hard-core foodie. On Koffee With Karan season five, she admitted finishing whole pizza on her own. Director Farah Khan also spoke of Kaif's penchant for biryani in one of her old tweets.

Here are some foodie secrets of Katrina Kaif that you may not have known:

1. Her love for street food: In an interview to IANS last year, Katrina remarked, "food gets me going. Nothing can cheer me up better than a good meal." Then 34-year-old actress also revealed her love for street food. "I love street food and any street place that offers paya with kadak pav will instantly be a favourite for me. I can eat my heart out with paya and pav. I also love seafood, with prawns and crabs being my comfort food."

2. Her love for dilli ka khana:Being a true foodie, Katrina knows her favourite addas to have her beloved food in every city she has visited. The actress loves the variety Delhi has to offer in terms of food. In an interview to IANS, she said, "I think Delhi gives you a lot of options and variety to choose from. From chaat in Bengali Market to kebab and paranthe in Chandni Chowk, I would want to try everything. Delhi also has some good fine-dining options."

3. Favourite eateries: In an interview to a leading daily, she revealed that one of her favourite restaurants are Hakkasan and Wasabi. When in London, one is most likely to find her dining at the Beauberry House, Aqua Kyoto, or have the afternoon tea at Harrods.

5. Her love for cheese: Katrina in one of her interviews admitted that she loves pizza, she also likes her pasta with lots of cheese. Recently, Katrina Kaif also shot a video of sister Isabella Kaif making cheese omelette for her. One can hear Isabelle saying how Katrina likes more cheese in her omelette. So, aww-dorable, right?

6. Her sweet tooth: Katrina also likes to indulge her sweet tooth at times and her favourite is Kheer. Those who follow her on Instagram would know how often she posts her decadent indulgences in her Instagram stories. For instance, this coffee walnut cake. One of our all-time favourites is Katrina Kaif's cutesy Disney birthday cake from previous year. "Birthday cake from Disney. I just loveeee birthdays ... Cake no. 3," she captioned the image. Well same here Katrina!

Here's wishing Katrina Kaif a very happy birthday. May you get to enjoy all your favourite treats for the day!