In addition to her work in movies like Namaste London, Welcome, Rajneeti, Ajab Prem Ki Gajab Kahani and Race, Kaif has also managed to win manyfans because of her sense of style and her fitness. 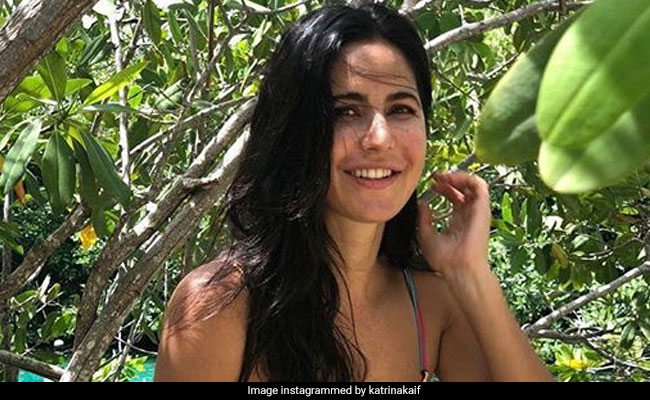 Actress Katrina Kaif is celebrating her 36th birthday today. The actress, who last appeared in 'Bharat', will start shooting for Sooryavanshi soon. The Rohit Shetty directorial would revive Akshay Kumar and Katrina's hit pairing. Kaif's performance in Bharat was well received by both critics and masses alike. Even in 'Zero' that proved to be a dud at the box office, Katrina walked out with rave reviews. Katrina is ringing in her birthday in Mexico. The actress' Instagram feed is filled with sizzling pictures and stories from her vacation. Katrina, who debuted in Bollywood back in 2003 with Boom, is one of the most sought after actresses in the industry now. The actress has worked with top actors and directors in her career spanning 16 years. In addition to her work in movies like Namaste London, Welcome, Rajneeti, Ajab Prem Ki Gajab Kahani and Race, Kaif has also managed to win many fans because of her sense of style and her fitness. Industry peers also cannot stop talking about Katrina Kaif's fitness and her discipline. Parineeti Chopra in one of her interviews admitted that she often felt intimidated working out with Kaif as she is a hard task-master.

Here Are Some Of Katrina's Food and Fitness Secrets You May Not Have Known:

2. In one of her Q&A sessions on Instagram, Katrina revealed that her favourite Indian food is dosa.

3. Katrina also revealed in one of her Instagram stories that her favourite cheat meal is pancake.

4. Katrina is also very fond of seafood, especially prawn and fish, made the Goan way, she revealed in an interview to a leading daily.

(Also Read: Katrina Kaif Just Revealed Her Favourite Indian Dish- Can You Guess What It Is?)

5. In an interview to IANS, Katrina said, "Food gets me going. Nothing can cheer me up better than a good meal." She also said that she loved street food "and any street place that offers paya with kadak pav will instantly be a favourite for me."

6. Katrina's routine consists of functional training, Pilates and cardio, which are boosted by exercises using TRX, Bosu, Power Plate, Kettlebells, and Swiss Balls, Yasmin Karachiwala told us in an interview two years back.

7. You would be surprised to know that Katrina works out every single day. The degree of intensity may vary. She may opt for a lighter session some day and a tougher workout on some.

8. The actress opts for a protein-rich breakfast, like oats that help her keep full for a longer spell. She consumes multiple small meals through the day (read: fruits and nuts) that help boost her metabolism.

Here's wishing Katrina a very happy birthday. We hope you get to indulge in all your favourite treats today.