Actress Sonakshi Sinha would be ringing in her 31st birthday today.Sonakshi is a hit on social media when it comes to posts on fitness. Here are some of our favourite fitness and food posts from her Instagram account. 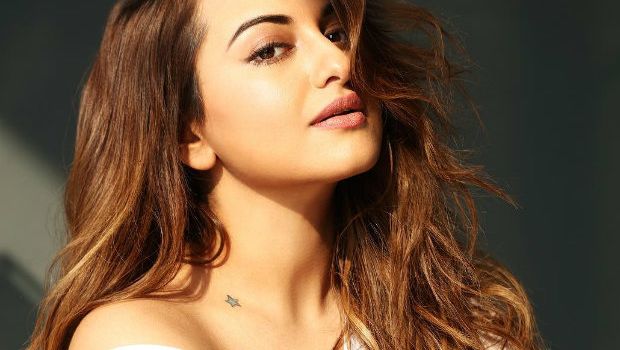 Actress Sonakshi Sinha would be ringing in her 31st birthday today. The actor who was last seen in suspense thriller Ittefaq with actor Siddarth Malhotra is gearing up for her next Dharma productions venture 'Kalank'. One of the most anticipated movies of next year, 'Kalank' also stars Alia Bhatt, Varun Dhawan, Aditya Roy Kapoor, Madhuri Dixit and Sanjay Dutt in the lead. Kalank is set against the backdrop of the Partition. While fans can't wait to get leads on Sonakshi's part in the period drama, they have another reason to rejoice. Sonakshi would also be starring in the sequel of Happy Bhaag Jayegi, which would be releasing next year. With her first outing at celluloid itself, Sonakshi earned the tag of one of the most promising newcomer. She won all the best debut awards for Dabanng that year. But it was not all hunky-dory for the actress. Along with her sensational debut, came the flak for her body weight. She was not the quintessential slim heroine who conformed to the diktats of Bollywood's expectation. But Sonakshi chose not to succumb to the pressure. She has always been a role model of body positivity in the industry. Sonakshi never resorted to crash dieting or unsustainable ways to lose weight. She was introduced to the world of fitness by actor Salman Khan and slowly fell in love with it. From yoga to pilates to gym, Sonakshi is a hit on social media when it comes to posts on fitness. Here are some of our favourite fitness and food posts from her Instagram account.

That's her working her core with her pilates trainer Namrata Purohit. If only we were half as motivated as her on our Mondays.
"Accepting the #humfittohindiafitchallenge thrown to me by my 2 fit friends @varundvn and @yustrength! Im gonna challenge my trainer @namratapurohit, workout partner @vanturiulia and buddy @vishalmishraofficial who has begun his fitness journey  #pilatesgirl#coreworkout #balance#mondaymotivation", she captioned the image.

The pilates girl is at it again and how exceptional is she at it!

Sona is an avid yoga practitioner too, and quite a pro at it. Just look at her acing the asana and you are sure to agree too.

That's her sweating it out at the gym
"Its #transformationtuesday... go for it! #gymtime #stronggirlsrule #sonaisfit", she captioned the image

Amid such gruelling routines, a well-deserved chai break is a must we feel. That's her chilling with chai on a lovely Sunday!

Not just her chai, Sona seems to be too particular of her coffee too.

Now is it all work and no play for sonakshi? We don't think so. Remember this time she caught Akshay's rare sighting of indulging in delicious phirni. See the happy picture of Sonakshi, Akshay, Twinkle Khanna and the notorious phirni yourself here!

CommentsTo lose weight for Dabangg, she trained with celebrity fitness trainer, Yasmin Karachiwala who advised her to keep herself hydrated at all times and avoid eating carbs after 6 pm. Her diet was simple, packed with whole wheat grains, fresh fruits, vegetables and pulses for lunch and breakfast. Fish, chicken or egg whites were mostly served for dinner. These energy giving foods served as a great post-workout meal to compliment her intense training sessions.
Sonakshi swears by ghar ka khana. In an interview to a leading daily, Sonakshi admitted that a dal and a vegetable sabzi is a must have for her for lunch.
She believes in practising a diet that is doable and easy-to-follow. There is no point resisting too much that you feel the need to cheat every once in a while.
Here's wishing Sonakshi Sinha a very Happy Birthday! May you get to enjoy all your favourite treats for the day!