Here's What The 'Student Of The Year 2' Cast Eats On Sets! (See Droolworthy Pics) 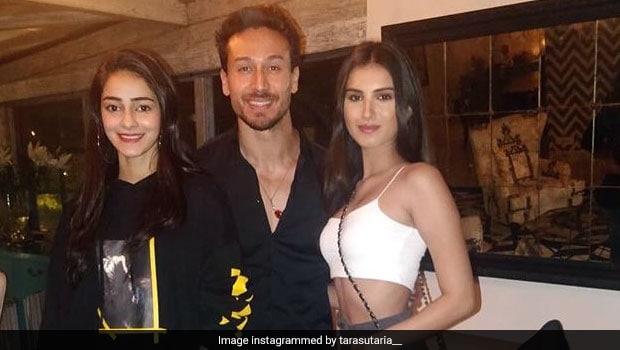 Student Of The Year 2 actor Ananya Panday may not have debuted in Bollywood yet, but her star power can give that of many established actors a run for its money. The youngster, who will be seen in the sequel of Karan Johar's wildly successful Student Of The Year 2 alongside Tiger Shroff and Tara Sutaria, is quite active on social media and already has a huge fan following, with close to 6 lakh followers on Instagram. She regularly posts snapshots from her routine on her Instagram stories and posts. She made headlines recently for posing with Hollywood legend Will Smith on the sets of Student Of The Year 2, when the latter was in India last week. Yesterday she posted snapshots from what her meal on the sets of the Dharma Productions film looks like and it's probably healthier than your healthiest meals.

Seen in the picture above is a bowl of beetroot and brown rice spaghetti and a 'guilt free donut'. How can something that looks so decadent be 'guilt free', we wonder? In fact, the entire cast and crew of the film is treated to these healthy and delicious delights by Vanity Kitchen. Here's a shout out to the catering brand by the director Punit Malhotra:

Who wouldn't want to eat healthy, if the food looks like this! All the meals served to the SOTY 2 actors are healthy and made from low-calorie but delicious ingredients. In fact, all three meals of the entire film crew are prepared by Vanity Kitchen and we're guessing it's just one of the many perks of working in a Dharma Productions' film. Well, we wish the stars of SOTY 2 all the very best for the film and wish they continue sharing their love for healthy food to inspire us all to eat clean as well.