Monsoon Eating: Why You Should Not Drink Water After Eating Bhutta 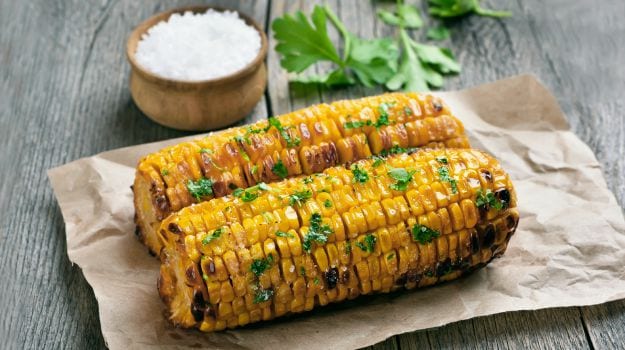 Monsoons are here in full swing! The joy of bingeing on a spicy, freshly roasted corn cob in this amazing weather is above all. More brownie points if the corn cob is generously smothered with lemon juice and masala! Roasted corn cob, or bhutta, not only tastes amazing but is also a healthy snack option. However, this healthy delight might turn out to be problematic for some, especially if you follow it up with a glass of water. According to Ayurveda Expert, Dr. Ashutosh Gautam, "One should avoid drinking water immediately after having bhutta as it can lead to a variety of stomach woes. It may lead to gastric issues and stomach pain."

(Also Read - 6 Reasons Why Bhutta Makes for an Amazing Snack This Monsoon!)

Here's why you should avoid drinking water after having bhutta:

Many people complain of flatulence and severe stomach ache when they consume water and bhutta together. This happens due to a specific reason. "Drinking water after having bhutta can interrupt the digestion process to a great extent. Doing so slows down the digestion process. Corn contains complex carbs and starch and consumption of water over it can lead to a release of gases in the stomach, which may cause flatulence, acidity, and severe stomach pain," shares Dr. Ashutosh. If all this while you were clueless as to why such a thing was happening to you, you can now blame the combination of bhutta and water for the same.

Drinking water after having bhutta can interrupt the digestion process

In order to avoid such a condition, it is advised to maintain a considerable time gap between eating bhutta and drinking water. "The ideal time gap should be at least of 45 minutes," suggests Dr. Ashutosh. Other than this, you should opt for bhuttas that are smothered with lemon juice, as lemon facilitates digestion and makes the overall digestion process smoother and effective. During the monsoon season our body is quite vulnerable to diseases as the overall immunity takes a dip. Considering roasted corn cob is a street food delicacy, it must be consumed fresh and hot. In order to reap maximum nutritional benefits of bhutta, consume it immediately. Storing it for long hours may give rise to harmful bacteria, which can ultimately lead to stomach-related issues.

So, the next time you end up going to that bhutta wala stall to savour this monsoon delight, keep the above-mentioned things in mind and save yourself from stomach discomfort.