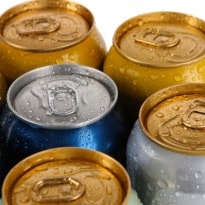 Just when you are about to reach out for that chilled fizzy beverage to cool you down, here's what you should know.

This latest study will compel you to think twice before gulping down those fizzy drinks. According to the research conducted at the Keck School of Medicine of University of Southern California (USC), soda consumers may be consuming a much higher dose of the harmful sugar fructose than they have been led to believe.

Beverages and juices are made with high fructose corn syrup (HFCS) that contains 50 percent more fructose than glucose - which calls into question the previous claims that sugar and HFCS are essentially the same.(More: A guide to sweet stuff in all its forms)

"We found what ends up being consumed in popular beverages is neither natural sugar nor HFCS, but instead a fructose-intense concoction that could increase one's risk for diabetes, cardiovascular disease and liver disease," said Michael Goran, director of the Childhood Obesity Research Center (CORC).

"The human body is not designed to process this form of sugar at such high levels. Unlike glucose, which serves as fuel for the body, fructose is processed almost entirely in the liver where it is converted to fat," he explained.

Goran analyzed beverages made with HFCS and concluded that a fructose to glucose ratio of 60:40 was found which is considerably higher than the equal proportions found in sucrose. The research also showed that the ingredients on some product labels do not represent their fructose content."This suggests that these beverages might contain HFCS which is not disclosed on their labels," Goran noted, adding that it is important to have a more accurate understanding of what we are actually drinking. The study was published online in the journal Nutrition.