History Of Popsicles: The Sweet Accident That Gave Us Our Beloved And Vibrant Treat

Come summer and our first instinct is to jump on anything that is chilled and delicious. 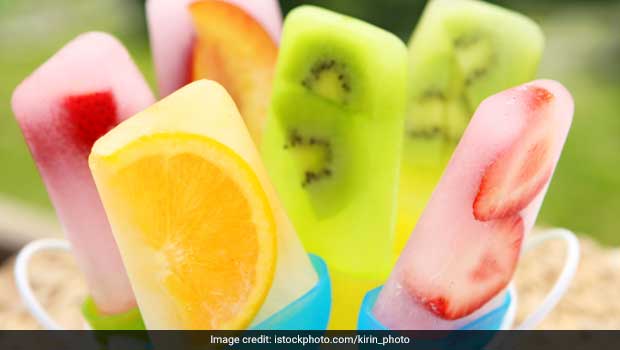 Highlights
Come summer and our first instinct is to jump on anything that is chilled and delicious. And, one such summer staple that brings back a wave of nostalgia is the vibrant and delectable ice lolly or popsicle. Sugary, delightful and vivid, ice pops were and are still an instant mood lifter. Not to forget its direct effect on bonding. Remember making some of your own ice lollies at home with family or fighting with your siblings for your favourite flavour? Ice lollies or popsicles have been an intrinsic part of the street food fare since over a century now. But, did you know that your most beloved ice lolly was product of a sweet accident?

Ever lasting bonding with pop lollies

Promoted
Listen to the latest songs, only on JioSaavn.com
Come to think of it, an ice lolly is basically just frozen water and fruit concentrate, yet it took an accident in a chilly evening in 1905 by an eleven-year-old American child to give us what we enjoy today as the Ice pops or the popsicle. As per the legends, Frank Epperson of Oakland, California, was trying to make himself a soft drink. He took a cup, a stirring stick and a blend of powdered soda mix. He soon got distracted and left the concoction in his porch overnight, only to see the blend all frozen up around the stick, making a handle of sort to hold the frozen block together. Epson made sure he made most of this eureka moment. In the year 1923, he patented "frozen ice on a stick" and called them Eppsicles. Through the years, Eppsicles became popular as popsicles. A year or two later, Epperson sold his patent to the Joe Lowe Co., which is where it catapulted to an unprecedented success amongst the townsmen. Story of Epson and the legend of his ingenious discovery were printed behind every popsicle packing. In fact, it's popularity can be paralleled to that of burgers in the 19th century. Since the raw material was minimal, ice lolly always enjoyed status of a pocket-friendly sugary treat. Not much has changed still. The ice cream vendors of the country can tell you how popular the frozen good is amongst people across all ages.

Ice lollies are popular in Canada, U.S and New Zealand as popsicles. In the United Kingdom, India and Ireland as ice lolly or ice pop, ice pole in Australia and ice drop in Philippines.

This summer, how about ditching the market-based ice lollies and making some of your own at home. Here are 5 ways you can use summer fruits to make your own popsicles. Let us know how it turned out to be in the comments section below.