How to Avoid More Gastric Surgery? Five Ways We Can Change Our Health Culture 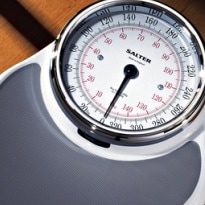 Prevention is key to limiting the impact of widespread obesity on the NHS, which is why we need a wholesale change in attitude

Redesigning the human gut is a pretty extreme measure to cope with the junk food and all-day eating culture of the 21st century. But Nice, the National Institute for Health and Care Excellence, just gave its blessing to weight-loss stomach surgery for thousands more people than are currently getting it.

About 6,500 people went under the knife in 2009-10, undergoing one of several gastric operations that will prevent them eating too much food - or make them feel very ill trying. That could rise to 15,000 a year under Nice's proposals, and possibly many more. An astonishing 2 million people would be eligible.

This is a pragmatic answer to misery and ill-health, and a way to reduce soaring NHS bills. Around 10% of the entire NHS budget is spent on type 2 diabetes and its complications, which is usually caused by obesity: people go blind, their kidneys fail, they have heart attacks and strokes, and there are 100 amputations every week as a result of this disease.

The smug and skinny who say it is all fat people's own fault are plain ignorant. Trying to lose weight is more than hard. Our biology is fighting us. Diets work for a few weeks and then the weight all goes back on. Our hormones tell our metabolism to slow down because we appear to be in danger of starving to death.

Gastric surgery can press the reset button. Gastric bands - which account for only 8% of weight-loss operations - just reduce the size of the stomach pouch, leaving some people with the same food cravings as before, but the gastric bypass and the sleeve appear to change people's appetite so that they want less food, including less fatty and sweet food. And within weeks most people with type 2 diabetes are off their medication. For the obesity experts, it's a kind of magic.

But it is not the answer for everyone. Surgery is always risky and there are occasional deaths. It has to be reserved for those people who have no other option - and even 25% of those say no. And it is absolutely not the solution to the obesity epidemic. The NHS's chief executive, Simon Stevens, has already said that prevention is the key, and he is right.

To tackle this massive and growing issue at source, we have to change attitudes and confront some vested interests head-on. We are long past the point where it could be argued that it is up to the individual to take a look at themselves in the mirror, get a set of bathroom scales and cut down on the chips. Here are some of the things that need to happen:

1. Government needs to get real and get tough about changing the food environment. Voluntary agreements with industry to list calories and reduce fat in processed foods are a half-hearted business. The public health responsibility deal needs to be enforced with a big stick. Companies that do not use traffic light labelling need to be named and shamed. The marketing of sweets and fatty foods and sugary drinks to children has to be stopped.

2. Food taxes need to be introduced, alongside subsidies for fruit and vegetables. People buy food on price, particularly in the less affluent areas of the country where obesity tends to be higher. A tax on sugar-sweetened drinks might not even be a vote loser in the current anti-sugar climate.

3. Towns need to be designed to encourage physical activity and safe cycling. This should be a default for planners.

4. Children need healthy meals in school - all credit to Jamie Oliver for making waves - and also food education. They need to know what is good to eat and what is not so good. And they need to learn to cook it.

5. Perhaps most difficult of all, we need to get over the blame and shame culture. Obesity is not just about gargantuan people. Being overweight technically begins at a BMI of 25 and obesity at 30. People may not look obviously huge, but their health is at risk. Two-thirds of adults and a quarter of children are now in the overweight and obese category. It's not a dirty little individual secret any more. We need to talk.

'Around 10% of the NHS's budget is spent on type 2 diabetes and its complications, which is usually caused by obesity.' Photograph: Publicity handout