How to Cut the Risk of Food Poisoning in the Kitchen 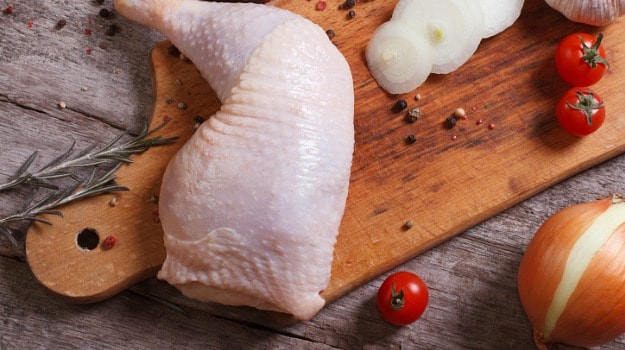 Campylobacter is a type of deadly bacteria that causes food poisoning and is the most common cause of infections. The implications of this bacteria have been known for over centuries and it's been proved more than a few times that store-bought chicken often comes infected with this bacteria.

A study published in the Journal of Applied Microbiology has suggested a unique solution that could help eliminate the risk of food poisoning from Campylobacter by 99.2%. With the use of disinfectant wipes!

"The scary thing about Campylobacter is that you really do not need to ingest that many bacteria to get a nasty illness, so we have to wipe clean our kitchen surfaces and wash our hands after preparing poultry," said Gerardo Lopez from the University of Arizona in the US.

Raw poultry bought from the supermarket may be contaminated with Campylobacter. Even though cooking the meat thoroughly, until the juices run clear, will destroy the bacteria, there is still a chance that bacteria left behind in the preparation area could cause illness.

Campylobacter infections are common, causing vomiting and diarrhoea, and can be very dangerous for young children, older people, and anyone with a compromised immune system. While refraining from washing poultry under the tap, can help prevent spread of the bacteria through splashing and spraying, this new research suggests that cleaning up with a disinfectant wipe straight after unwrapping and/or preparing poultry meat could further protect people from infection.

"We found that it is not just the physical removal of bacteria by the wipe that helps - the antibacterial solution left behind on the counter surface continues to disinfect over the next few minutes," Lopez explained.

The researchers used antibacterial wipes on typical counter top materials - granite, laminate, and ceramic tile - to see if they reduce the risk of the cook and their family or guests ingesting harmful bacteria. The results were fed into a computer to calculate the potential reduction in risk of infection from using disinfectant wipes. The result was a reduction in the annual risk of Campylobacter jejuni infection of up to 99.2 percent.

Sunday Special Recipe: Make Palak Kadhi For a Healthy And Tasty Family Meal
Potato Chettinad Recipe: Give Your Potatoes A South-Indian Twist With This Recipe