This summer-special pineapple payasam includes the goodness of the fruit to the dish. Alongside its rich taste, pineapple also has several health benefits. 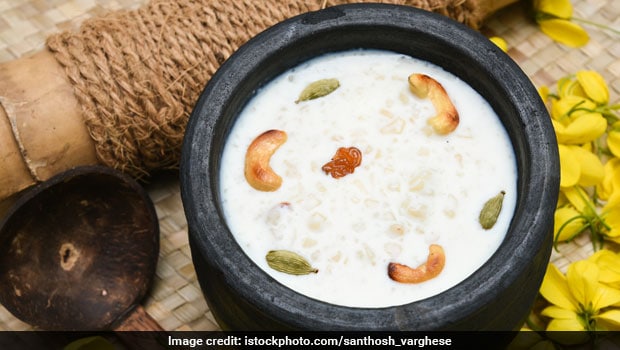 Payasam is an integral part of a South Indian meal

What comes to your mind when you think of an Indian dessert? Kheer will surely be one of the first things to pop up! This traditional Indian pudding is made of rice/vermicelli, milk, sugar and dry fruits. It is said that kheer has been derived from Sanskrit word for milk - 'ksheer'. Kheer has different names in different part of the country, with some basic difference in the preparation procedure. In the southern part of India, it is called payasam. It is an integral part of a South Indian meal.

Unlike kheer, which uses sugar and milk for preparation, payasam generally has a wide usage of jaggery and coconut milk. In Kerala, payasam is an indispensible part of 'sadya', where it is served on banana leaf, instead of bowls. Some of the most common types of payasam in South Indian cuisine are sago payasam, rice payasam, semiya payasam, Arisi Thengai payasam et al.

Here we bring you a recipe that will add some 'summery' twist to the traditional payasam. This summer-special pineapple payasam includes the goodness of the fruit to the dish. Alongside its rich taste, pineapple also has several health benefits. It is rich in vitamin C and antioxidants, which make this summer fruit good for hydration, boosting immunity, promoting eye health and aiding good digestion.

The pineapple payasam also boasts of the goodness of nuts, raisins, coconut milk, ghee etc, which makes the dish rich, flavourful and luscious.