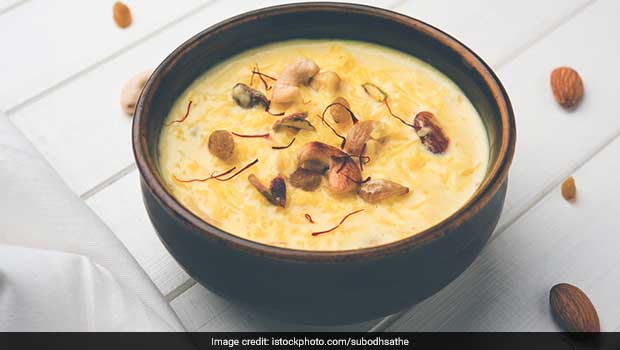 It's tough to compare a traditional South Indian banana leaf meal with the course-by-course routine that defines the western cuisines. South Indian restaurants repurposed rasam as a soup or an aperitif while the payasam (payasa in Kannada), or the equivalent of kheer, became the dessert. But, that's not the way it used to be consumed earlier. For centuries, the payasam was served on the banana leaf as a side dish and not necessarily at the end of the meal. In many homes, it's still served just before the final course of curd (rice with buttermilk).

Over the last few decades, tiny cups began to appear at wedding feasts that were reserved for the payasam (in some cases, two payasams). I found these rather small, especially, while attending weddings in Kerala where the Paal Ada Payasam was cooked with rice flakes (paal ada) in large quantities over wood fires till it almost turned pale pink. While this is one of my favourite payasams, there are quite a few more South Indian payasams that are really delicious. While many of these are milk-based, there are some that are starch or lentil-based.

Over the last few decades, tiny cups began to appear at wedding feasts that were reserved for the payasam.

Here's your cheat sheet on some of the South Indian payasams you must try:

Paal Payasam: Every corner of South India has its version of the simple rice payasam. This is a 'go to' dish for auspicious occasions and usually involves just three key ingredients, just like in most parts of India - rice, milk and sugar. There are many variations that add cashews and raisins or use red rice - like the famous Amabalapuzha Paal Paysam in Kerala (see recipe).

Vermicelli Payasam: Also known as Semiya payasam, it is very similar to paal payasam where the rice makes way for vermicelli. This sometimes tends to be thicker and also works equally well as a cold dessert.

Sago Rice Payasam: An ingredient that's used extensively in Maharashtrian cuisine, sago rice is also used as a substitute for rice in payasam.

Poori Payasam: This is one of the dishes that takes me right back to my childhood. This used to be one of the specialties of my paternal grandmother. It's a culinary delicacy that's associated with regions across South India from Chettinad to coastal Karnataka - it's called Appe payasam in some parts of Karnataka. The pooris are almost fried to a biscuit-like consistency and then crumbled into the paysam. The pooris almost integrate with milk to create a very thick payasam.

Chakka Pradhaman: Kerala probably has more distinct varieties of payasams than any other region across South India. First, there are payasams and pradhamans. Payasams are usually made with milk, involving a single boiling process and are offered as part of the naivedhya at temples. Pradhamans are usually made with jaggery and coconut milk and are usually double boiled. The chakka (jackfruit) pradhaman is one of the most popular dishes and combines coconut milk with jackfruit, and a hint of spices that add a lovely contrast to the cloyingly sweet jackfruit.

Rice And Coconut Payasam: Also called as Arisi Thengai payasam, it is a traditional payasam made in many homes in Tamil Nadu. This has a slightly different texture and flavour, thanks to the mix of rice, grated coconut and the use of jaggery instead of sugar.

The Ambalapuzha payasam is probably Kerala's most famous temple payasam.

How To Make Ambalapuzha Paal Payasam

I sampled this payasam at Savya Rasa that serves authentic South Indian cuisine, including many authentic and traditional recipes at its restaurants in Pune and Chennai. The Ambalapuzha payasam is probably Kerala's most famous temple payasam. A good paal payasam requires a lot of patience and time to craft; this one is no exception.