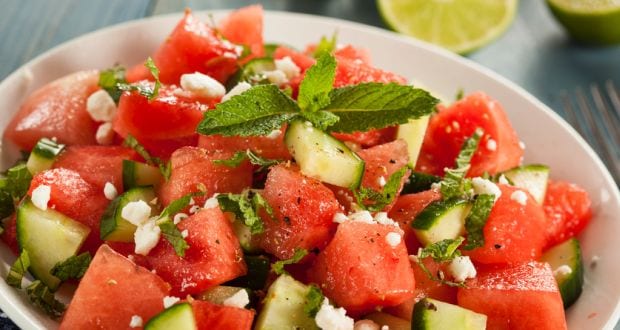 The participants of the study, which included 14 middle aged adults around the age of 58 years, were administered "L-citrulline and L-arginine from synthetic or watermelon sources", as per the study report published online. The participants were not known to have any apparent cardiovascular or metabolic diseases. Citrulline is an amino acid that is said to be good for regulating blood pressure as it produces nitric oxide gas, which widens the blood vessels and hence, reduce the blood pressure. The study report said, "We evaluated the effects of watermelon extract on ankle BP and cAIx in individuals with normal ABI and prehypertension or stage 1 hypertension."

Researchers of the study found that participants' blood pressure in ankle and brachial arteries was found to be significantly lesser in people who ate watermelon extracts, as compared to those who consumed placebo. "This study shows that watermelon extract supplementation reduces ankle BP, brachial BP, and carotid wave reflection in obese middle-aged adults with prehypertension or stage 1 hypertension and normal ABI, which may reflect improved arterial function", concluded the study. Watermelon is known to be a good fruit to include in a hypertension diet as it is low in calories and rich in compounds that may fight inflammation and lower oxidative stress.