Is it ever OK to drink before driving? 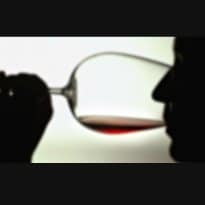 UK drivers can legally have a blood alcohol concentration of 0.08%, the highest in Europe. But new evidence suggests drivers should think again before having even one glass of wine

Do you say no to any alcohol if you're driving home, or do you limit yourself to two glasses of wine, knowing you'll feel fine by the time you get behind the wheel? Surely it is safe to drive if you're under the legal limit? Last month a study from the University of California, San Diego, published in Injury Prevention, found that any alcohol in your bloodstream increases your risk of an accident. There is, concluded the authors, no safe level of alcohol in the bloodstream when you're driving, and reducing the legal blood alcohol concentration (BAC) to 0.05% would save lives. In the UK, the legal BAC is 0.08%, the highest in Europe - most countries have levels of 0.05%.

But how do you know what your BAC is likely to be after a drink? A glass of wine (148ml) has 13.5g of alcohol. Most women would have a BAC over 0.08% (which means 80mg of alcohol for every 100ml of blood) before they'd finished their third drink. Men can generally drink more before their BAC is that high. How quickly you feel the effects of alcohol depends on your size, what you've drunk and how stressed you are (anxiety speeds up absorption). Studies show that even at 0.04% BAC about 80% of people will report feeling intoxicated, and at 0.02% BAC there is some loss of judgment in being able to track a moving target. At 0.05% BAC your coordination gets worse, your steering is poorer and you respond less well to emergency situations on the road.

Plenty of studies have shown that alcohol in any amount impairs your driving. But this new study examined a national US database of fatal car crashes between 1994 and 2011, and categorically confirmed that even a BAC of 0.01% increased the risk of that driver being officially blamed for a car crash, rather than the sober drivers they collided with. The authors argue that there is no sudden transition from being slightly intoxicated to having a BAC that makes you more likely to have caused a fatal collision.

All the evidence convinces me that I should only drink alcohol-free beer if I'm going to drive. The fact that alcohol, even at low levels, makes your attention, vision and co-ordination worse will not only stop me drinking and driving, but will also make me paranoid that other drivers are still knocking back two glasses of wine and are about to crash into me.

Photo: Even after a small amount of wine, there is some loss of judgment in being able to track a moving target. Photograph: Getty Images