Is it Possible? Low-Fat Chocolate that Melts in Your Mouth 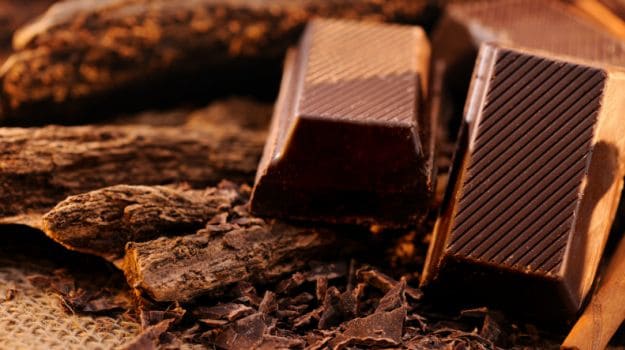 Highlights
Feeling guilty while relishing your favourite chocolate may soon be a thing of the past as researchers have found a way to make fat-free versions of chocolate delicious. Reducing the fat content makes the chocolate harder and less likely to melt in the mouth. But according to researchers adding limonene - a compound found in lemons and orange - could improve lower-fat versions' texture and ability to melt and could reinstate chocolate's delightful properties.

It may also result in a smoother, softer chocolate that melts more easily than typical reduced-fat chocolates. The findings were detailed in the Journal of Agricultural and Food Chemistry.

Limonene is a food additive, which gives the flavour of citrus fruits. It is a colourless liquid which gets its name from lemon, as it is found in the rind of lemon and other citrus fruits.

Promoted
Listen to the latest songs, only on JioSaavn.com
Varied concentrations of limonene also affected the crystallisation steps of the cocoa butter differently, so they could ultimately affect the texture of chocolate.

Carefully choosing the amount of limonene and the temperature at which chocolate is processed could lead to a smoother, more luxurious reduced-fat chocolate, the researchers suggested.