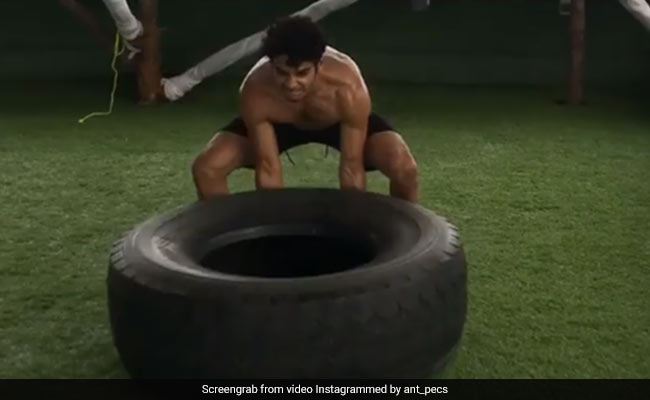 Dhadak star Ishaan Khatter has much to celebrate this year, with his mainstream debut in Bollywood being a smashing hit on the box office. The energetic young actor has won hearts across the globe, with his role of the unassuming Madhu in Dhadak after earning critical acclaim for his role in Majid Majidi's Beyond The Clouds. We're excited to see what Ishaan will be working on next, but until we see him on the silver screen again, we will have to make do with stalking him on his Instagram page, which is where he employs the craziest of his antics. The good looking actor is quite a foodie, as is evident from the way he reacts around food. He is often spotted indulging in sinful delicacies like waffles and street foods. Recently, a video of him reacting to his toothsome birthday cake went viral on social media, making us like him even more.

But this is not to say that Ishaan doesn't eat healthy. The truth is quite the opposite in fact, as Ishaan Khatter has also given us healthy food goals with posts about his low-calorie meals. The super-fit actor had shared a picture of his self-made breakfast, which consisted of French toast topped with berries and coffee. It seems like Ishaan is a fan of breakfast. Ishaan Khatter posted a picture of his healthy morning drink on his Instagram stories, yet again giving us an insight into what exactly keeps him so lively, energetic and fit. The actor's favoured post-workout morning drink is a glass of almond milk blended with dates.

Have a look at Dhadak actor Ishaan Khatter's post-workout drink:

We're totally going to steal this recipe for a healthy post-workout breakfast drink from Ishaan as it is super-healthy and looks delicious as well. Almond milk is a popular option for milk lovers nowadays as it contains a number of important nutrients including good amounts of calcium, along with protein, fibre, vitamin E and good fats, with very little calories. The dates added to the drink add taste to it and the much-needed natural sugars, which are important to make the body recover after an intense workout. If his workout videos are any indication, then we're sure Ishaan Khatter would need a lot of recovering to do!

We are definitely going to incorporate this delicious and healthy drink in our diet. What about you?