It's About to Get Messy: Ketchup and Mustard are at War 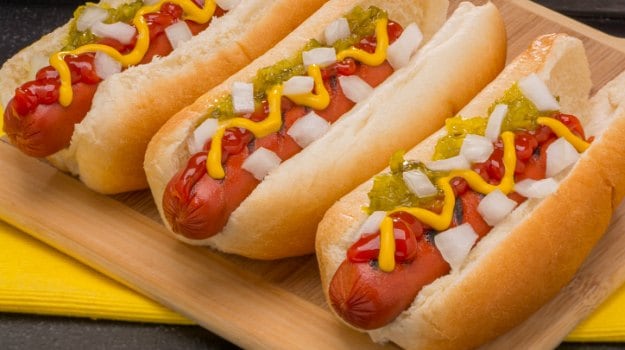 American shoppers will find themselves in the middle of a seriously interesting condiment war, one that's about to get very messy. Heinz, the world's favourite ketchup brand and French's, the glorious mustard brand have both launched competitive products that could challenge the way in which the world has been enjoying ketchup and mustard.

Heinz has introduced Heinz Yellow Mustard and French's has launched it's own line of ketchup bottles, both of which are being touted as top of the line products.

But what's interesting is that these aren't entirely new products - Heinz has been supplying mustard sachets and French's has been handing out ketchup sachets to restaurants, fast-food joints, sports arenas and other places for many, many years. The only difference is that these products are now making their way to market shelves, in direct reach of the consumer. Which comes as a big threat to both the brands, especially at a time when condiment sales are on a downward spree.

For long, ketchup and mustard have enjoyed the status of number two and number four, respectively, on the list of 'top condiments'. Mayonnaise is first and barbecue is third. According to IRI, a Chicago-based market research agency, the volume of ketchup and mustard sold fell by 2 percent. This could be why both brands have pulled up their socks and are out to re-capture lost market share.

Elliott Penner, president of French's Food Co. corroborates this trend, "That's what's happening in virtually every condiment category out there. Prices have been increasing, but volumes declining."

Eduardo Luz, president of Heinz North America, echoed that. "Look, we believe there is a huge opportunity to grow the market," Luz said. "The way we do that at Heinz is we come up with something that's superior quality." (as reported by The New York Times)

Dip in: The Ketchup Market

In the world of fast-food, ketchup enjoys a a special status. It's not expensive which gives it a mass appeal. It complements all kinds of fast-food, and for some it's what fast-food is all about. But you may already know this from waiting in line at McDonald's behind the guy who asks for extra ketchup sachets.

The story of the best kind of ketchup cannot be told without mentioning Heinz, the brand that changed the flavour of ketchup and made it a universal phenomenon. The patron of this revolutionary brand was a Pittsburgh-based entrepreneur named Henry J. Heinz. He launched the first ketchup in 1876 and in 1906 he introduced the kind that was free from artificial preservatives.

If you think of it, Heinz rose to popularity because it nailed all fundamental flavours: It's a potent source of umami, it's sour because of the vinegar content, it's got sugar which makes it sweet and it's also slightly bitter. Plus it goes with just about anything.

As per IRI, a Chicago-based market research company, Heinz has an overwhelming share, of about 62 percent in the $735.5 million ketchup business (the data was collected at the end of 52 weeks that ended March 22).

According to Eduardo Luz, president of Heinz North America, "the company's ketchup business was growing again, thanks to the addition of jalapeno- and sriracha-flavored varieties. The flavored varieties are priced higher than Heinz's regular ketchup, a 14-ounce bottle of which sells for $2.49 at a Food Emporium store in New York. At the same store, the sriracha variety sells for $3.69." (as reported in The New York Times)

Till a few years ago, a certain brand of mustard dominated the grocery store shelves: French's. A tall, bright and yellow bottle, with a comic font and a sporty red and white label. made with stone ground mustard seeds, salt, turmeric, paprika, spice and garlic powder, this brand of mustard claimed to be a hundred percent natural, fat-free and gluten free.

According to IRI, the Chicago-based market research company, French's is said to have 40 percent of $428 million in United States mustard sales. Elliott Penner, president of French's Food Co was quoted in a popular daily saying that he doesn't think of this as war. "It's just about doing a better job of making ketchup."

To break-in to the mustard market, Heinz went back to the drawing board and repackaged it's mustard with natural ingredients only! That's the USP French's has been thriving on for years.

Bloomberg reported that Heinz also plans to launch a tongue-in-cheek advertising campaign to promote their new product as well - 'Ketchup's Got a New Mustard'. The television advertisement shows a man dressed in a Heinz ketchup costume breaking up with a woman dressed like a mustard bottle, very similar to that of French's.

Around two years ago Heinz was purchased by Brazilian private equity fund 3G and Warren Buffett's Berkshire Hathaway. With this merger and Heinz's new product, the conglomerate could be looking to capture the condiment industry.