Looks as Good as it Tastes? Why an Attractive Plate Makes for a Tastier Dinner 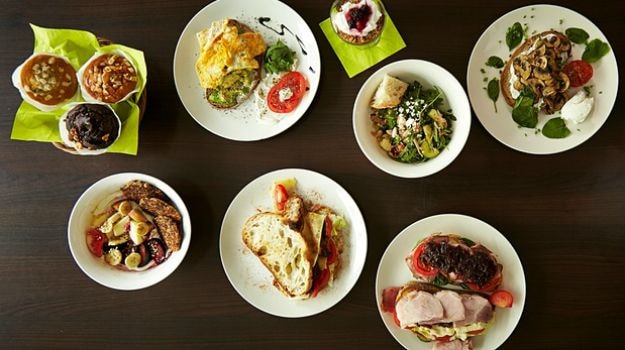 Thoughtful presentation leads to a more enjoyable meal. So should we learn to make similar efforts at home – particularly when feeding small children?

A new study led by Professor Charles Spence, the Oxford University gastrophysicist making waves in the food industry, has proven beyond doubt that making something look good makes it effectively taste better too. What's interesting, is that where previous studies have focused on sophisticated dishes " saut"éed chicken breast with a fines herbes sauce, brown rice pilaf and saut"éed green beans with toasted almonds " and Michelin-style plating " arranging a 17-component salad to look like a Kandinsky abstraction " here the plates in question featured a simple garden salad (leaves and cucumber with other unspecified ingredients), and steak and chips.

Spence's team found that even with such basic dishes, thoughtful presentation meant diners found the food more flavourful: cutting the fillet horizontally, thereby showing the inner colour of the meat, or serving the cucumber thinly sliced on top of the other salad ingredients, made both dishes considerably more appetising " and appear to be more expensive. In the case of the salad, diners were willing to spend three times more for that decorative assemblage, "£3.85, as opposed to "£1.35 for the unprepared version. While it seems patently obvious that if you're going to buy a salad, you'd rather it actually be prepared, it is noteworthy that that preparation is valued twice as high as the raw ingredients. When it comes to food, it seems we are willing to pay quite a bit for attentive labour. As Amy Fleming writes, about the Kandinsky salad, other people's effort tastes good. On the other hand, too much fuss is offputting: as Jay Rayner noted last month, fine dining is on the wane. When eating out, for the most part, we want good food, but little faff.

But what of the food we prepare ourselves? Does the same degree of effort go into what we put on our own plates? Fleming, at the end of her piece, resolves to make sure it does, especially when hurriedly dishing up dinner for her kids: "Food plonked on to the plate willy-nilly makes them deeply suspicious," she writes, "whereas a pleasing pattern or an artful arrangement gets things off on a fine footing."

Asking friends shows it can go the other way though. One, Jessica Stanley, a writer and mother of two, is suspicious of anything too slick or too fussy in a restaurant: "No smears of puree or carefully angled rectangles of fish. I'm alert to too many ingredients on one plate, an extra sauce or jelly or dust or edible flower that says the chef isn't confident in his dish." So, she says, she'd never do that in her own food. "If I know that the ingredients are good I don't mind how a dish is served at home: if the lamb's organic and time has been taken, splat a big serving of shepherd's pie on the centre of my plate." The one concession she'll make to food styling, she says, is to wipe the edge of the plate clean of smears and splashes.

When it comes to her toddler, how food is presented is guided by this one question: "How can I get her to eat a balanced diet without any trauma?" Stanley's strategy is simple: a variety of colours and textures, a choice of spoon and bowl so the child has some say in the matter, and new things served next to old faves. Or indeed not served up at all. "The easiest way to get her to eat something is not to serve it at all," she says, "just snack on it myself so she steals it from me." And lastly, "if we're eating as a family I flatter her by serving her exactly the same meal on the same plates that the adults use. I can immediately see her sit up straighter and eat in a more grown up way."

This is a fairly accurate description of how I approach feeding a toddler too. A selection of lots of little bits, the more variegated, the better. And I definitely enjoy making it all look pleasing. It's the tiny things on top of other things that work particularly well: capers or other pickles, chopped herbs or nuts, black sesame seeds on white rice, a crumbling of feta on red, red tomatoes. But, actually, variety, contrast and attention to detail are guiding principles in all the food I make and serve. It's instinctive: I want the food I give to someone " to anyone " to look beautiful.

I ask my mother and my aunt Mary about their approach, and it's the same. For Mary, it's obvious: you want to eat something that is fresh, cooked just right, arranged with purpose. "It doesn't have to be meaty, just exciting," she maintains, "with different tastes and textures in each mouthful. There's nothing worse than a grey, boiled meal." But it's the ingredients first and foremost that matter: if it's fresh, it'll be beautiful. Also, presentation starts with preparation: it's starts with how you peel your Brussels sprouts and cut a cross in the bottom before you cook them (or don't).

For another friend, Su Card, mother and grandmother, presentation and quality of ingredients have to go hand in hand " neither are sufficient on their own. And she's not easily fooled: "I'm not sure that looking good makes it taste better. It certainly raises expectations and excitement, to see if it tastes as good as it looks, and when it doesn't it's a disappointment. I also think I come from a socio-economic background that doesn't splurge out on eating out that much, and I quite resent paying for looks over taste. I don't mind paying for something that has been good value and delicious but not for something that looks better than it tasted "... I'd rather someone cooked with love and care even with cheap ingredients than expensive ones thrown on a plate " to me, that's just a comment on what they can afford."

So making a plate look lovely is important " not pretty or fancy. Card says she'll definitely think about how she chops a carrot or slices a courgette, never plumping for the bog-standard discs of yore. And not being a great baker, she'll do cakes with big lumps of apple, "fruit that can afford to be crusty around the edges, nothing that needs to rise evenly or be finely iced, no meringues that have to look like clouds on a plate."

Photography in cookbooks, and on social media, Instagram in particular, certainly serves as a source of inspiration, even for those who just cook for themselves or their families. Stanley says she recently started serving "bowls of disaggregated bits of salad or vegetable or a protein over a grain. That's Instagram's fault." The whole #avotoast explosion has as much to do with how good smashed or sliced avocado on toasted sourdough looks as it does with the fruit's supposed superfood health benefits, especially when topped with a sprinkling of chilli flakes or a soft-boiled egg. But making food look good only so that you can post a photo of it online is, for me, a surefire way to take the joy out of cooking: it becomes a job to be done, no longer a moment to savour.

Perhaps the key to a good-looking plate lies in the love at its core. Symmetry Breakfast, the Instagram account that most accurately embodies the art of patterned plating, started in 2013, when, as the website coyly states, "when Mark moved in with Michael" and the latter started making breakfast for the former, laying out the two meals in perfect symmetry. My mother summed it up perfectly when talking about my granny: "We grew up poor, just as she had done. But Granny had a way of making us feel like each of us got something special. She never just threw things on a plate. It always looked light and fresh, never stodgy or heavy." Whether it's a Michelin-starred chef or my grandmother, when the cook prepares and dishes up something made with care and attention, the results are destined to be delicious.