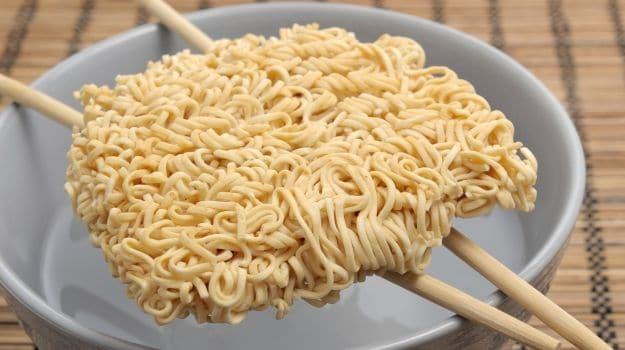 Food safety inspectors in Uttar Pradesh have filed a criminal complaint against Nestle's Indian arm, after spot checks earlier this year found excess lead in some packets of Maggi instant noodles. A court hearing has been set for July 1, an official at the local Food and Drug Administration (FDA) said.

The Uttar Pradesh FDA had ordered a recall of a 200,000-pack batch of noodles at the end of April, after a spot check which said showed elevated levels of monosodium glutamate (MSG), a flavour enhancer, and lead 17 times above the permissible limit.

Nestle, which says it does not add MSG to the noodles, disputes the order and has said the noodles are safe to eat. The FDA official confirmed recently that the complaint included Nestle India, as well as the manufacturing unit, the retailer selling the tainted packs, two Nestle managers and even Bollywood stars who promoted the 2-minute snack.

(No MSG in Maggi Noodles, Says Nestle, as States Reportedly Ask for Tests)Nestle has said the batch in question was manufactured in February 2014, so was already past its sell-by date in April this year, and automatically collected from retailers by the time the recall was announced.

Listen to the latest songs, only on JioSaavn.com
(Madhuri Reacts to the Maggi Controversy on Twitter: Meets Nestle Officials)

A spokesman for Nestle, which is now carrying out independent tests, said on Monday the company has not yet been notified of the complaint, and had no further comment.
The noodles, which sell at roughly a dozen rupees ($0.20) per single-serving packet, are a hugely popular "homemade" snack in India, and Maggi has long been the market leader.