The mother of two has often gone on record to say that she is quite a 'cool mom' and her recent post on Zain's birthday party-planning is proof. 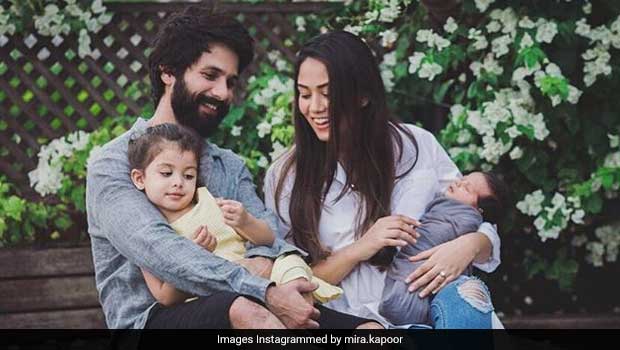 Mira Kapoor planned Zain Kapoor's all by herself

Mira Kapoor is one doting mother Instagram cannot stop gushing over. The mother of two has often gone on record to say that she is quite a 'cool mom' and her recent post is proof. After giving us the details on Misha Kapoor's 'Peppa Pig-Themed' birthday party, Mira Kapoor gave us a sneak peak of her son Zain Kapoor's birthday party, and it is possibly one of the cutest things you would find on the internet today. In her caption she wrote that little Zain is "obsessed with anything that goes vroom: trucks, bikes, tractors, cars, fire engines". This also went on to become the theme of his second birthday party that was on 7th September.

"I used whatever creativity I had left to deck up the place and inflated a pool for the entertainment," she wrote further in her caption..

Mira really dug deep into the theme and her eye for detail is indeed impressive. "A trunk full of cars, my decoration box and the cutest printables made the whole theme come together. I managed to get the backdrop online along with the pun-intended signboards. Caution tape and digger toothpicks brought the whole theme together," read her caption.

We also could not take our eyes off from all the food the pictures, starting with the fruit punch in a mason jar dispenser, the burger bombs, which were essentially toasted buns with vegetable tikki slid in between. Needless to say, there were some fries and chips to keep the kids "engaged". Other interesting addition in the menu were 'pizza bricks' which sounds quite a delish treat to us.

In an AMA session that she did the same day, Mira Kapoor also revealed that her favorite dish from a kiddie party menu would be noodles and French fries.