Mira Kapoor took to Instagram to share some Desi goodies that she prepared at home. Take a look at what she made! 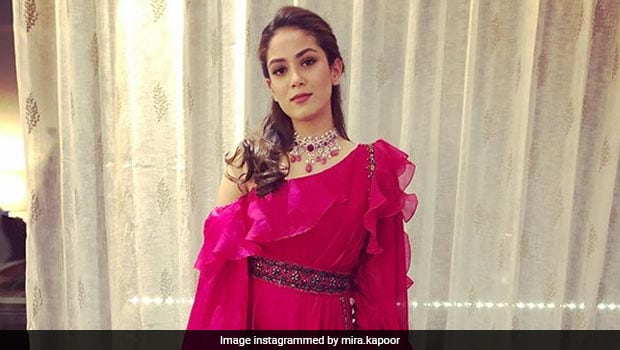 Mira Kapoor cooked up an Indian extravaganza at home!

The period of lockdown has witnessed the birth of many novice cooks all over the globe. People have taken to cooking and baking as an easy way to bide time while staying at home. While it was mostly a recreation for some, others have got down to cooking like they mean serious business. If there's one celebrity who has got us seriously impressed with her cooking prowess, it has got to be Mira Kapoor. Whether it's a healthy and colourful salad or a drool worthy Shawarma, the mother-of-two has proved herself to be an ace cook too. She took to Instagram to share some Desi goodies that she prepared at home. Take a look at the pictures:

With the hashtag #Icanmakegharkakhana, Mira Kapoor shared pictures of a delicious homemade spread filled with goodness. There was a hearty Saag, a sumptuous-looking butter Paneer, pickled onions and what Mira Kapoor called, "the spiciest Dal ever." She also made a Pudina parantha which was not featured in the clicks.

If you had started drooling already, there were even more goodies that Mira Kapoor made for dessert. The diva whipped up the desi delight Besan Burfi which looked absolutely melt-in-the-mouth. There was also a delightful Bread and Butter pudding topped with raisins and chopped almonds.

What a delicious Indian spread and that too homemade! Kudos to Mira Kapoor for acing ghar ka khana and how. We hope to see more such incredible dishes created by her soon!