The debate over the most delicious variety of mangoes has divided the internet in past, and while most of us still cannot zero in on the best, Mira went on to reveal her preferred picks. 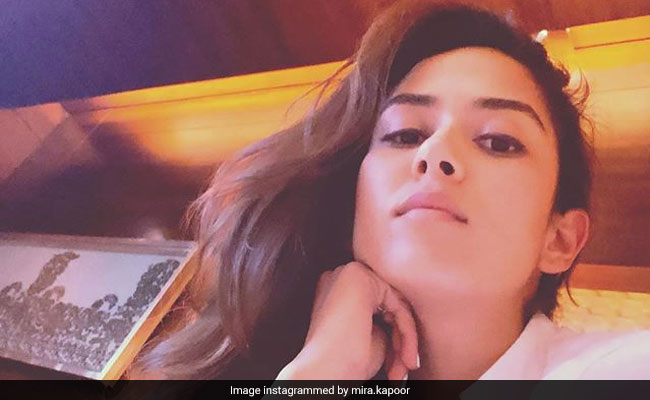 Needless to say, several people weighed in with their opinion in the comments

Looks like Mira Kapoor is in the mood to make most of season's goodness, which is why perhaps a day after she posted a picture of this decadent-looking chocolate cake topped with freshly cut mangoes - she decided to enter the debate of the best variety of mangoes. The debate has divided the internet in past, and while most of us still cannot zero in on the best, Mira went on to reveal her preferred picks. In her Wednesday Instagram post, she wrote,"Safedas are better than Alphonsos. Let the Mango wars begin". In the caption, she mentioned, "My favourite is still langda. #minority? #itsanorthindianthing".
Needless to say, several people weighed in with their opinion in the comments. Bollywood rapper Badshah wrote, "There is no war. Safedas are better", while Mira's mother-in-law and former Bollywood actress said, "Chausas and Dasseris'.

Safeda has a delectable sweet and sour taste, it has a lovely bright and yellow skin and comes with very few fibres. Alphonso or Hapus, also known as the King of mangoes, is also big bright-coloured mango, renowned for its sweet and juicy pulp. Langda, on the other hand, comes slightly towards the latter half of the summers. It is relatively small in size and green in colour. The sweetish orange pulp is very fibrous. According to legends, this variety of mangoes is called 'langda', because it was first cultivated by a man who had a difficulty in walking because of his limb condition. To know about other variants of mangoes that are widely consumed in Indian summers you can read this article.

Also, let us know which mango is your personal favourite in the comments below.