A recent post by a Twitter user about these many different kinds of mangoes from various Indian states started a raging debate on the micro-blogging website. 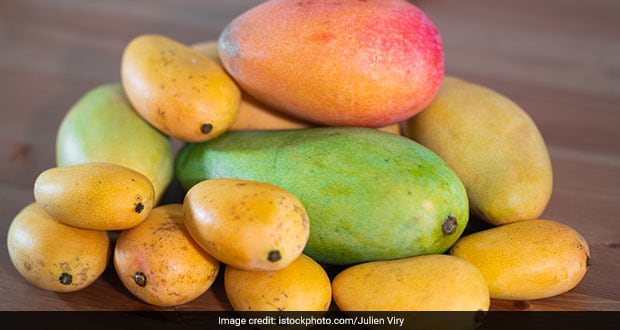 Which is the best mango variety of India? Here's what Twitterati thought.

Summers are synonymous with refreshing fruits such as watermelon and mango, which come in abundance during this season. India is home to many varieties of the mango, from Bihar's Chausa to Karnataka's Totapuri. There are die-hard fans of each variety of mango from different states of India. A recent post by a Twitter user about these many different kinds of mangoes from various Indian states started a raging debate on the micro-blogging website. The discussion saw participation from all over the country with fans sharing which mango variety they like best. Take a look at the tweets which started the discussion:

Most famous commercial varieties of mangoes in India. pic.twitter.com/rF8nkLE24O

Nice infographic.
Which ones do you recommend?#aamaadmipic.twitter.com/sEzTIBy26E

The tweet by the verified user @pythoroshan was an infographic on the various different kinds of mango varieties found in Indian states. There were 12 varieties displayed on the graphic, with a pictorial depiction of each variety. The user asked for recommendations on which mango he should try, and that led to Twitterati rigorously defending their favourite mango varieties. Some sweared by Maharashtra's Alphonso, while others took their pick from Dashehri or Langda of Uttar Pradesh. Verified Twitter users joined in the discussion, and the phrases 'Alphonso', 'Mango' and 'Langda' soon became some of the top trends on Indian Twitter. Take a look at some of the top tweets:

Calling for a ceasefire in the annual mango wars, cannot discuss while aam-deprived in @lockdown. Hapoos vs Langra regulars, hold your fire.

Nice. You forgot Imam Pasand from Andhra. Chausa is grown along the foothills in Punjab, well into Pakistan- origin Multan? Himachal? Dasheri we grew in Chandigarh & one gets in market are green- & of course delectable to suck. Also skipped Safeda. But thnks good introduction! https://t.co/BuSbO1E30N

Alphonso is the king of all mangoes.
Haapus Forever ????

Some users said that the Alphonso was a feast fit for royalty, while others highly questioned the argument saying it was overrated. The 'Mango War' is still ongoing on Twitter with more and more users pouring in their responses. Just like the Biryani debate that had happened on Twitter a few months ago, there is no sign of the argument ending any time soon.

What do you think about the 'Mango' debate on Twitter? Tell us in the comments below!