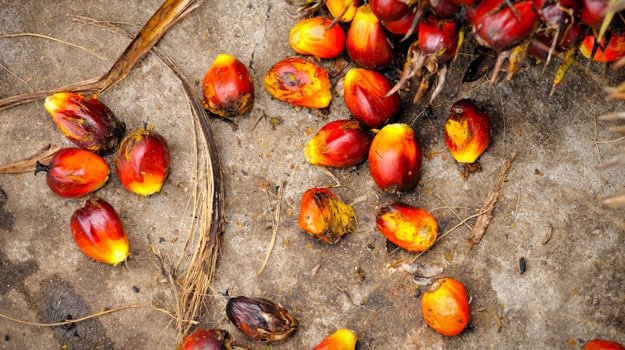 A successful Indian push into palm cultivation would drag on international markets for the commodity, hitting Indonesia and Malaysia as they are currently the only major growers of the crop. "We've identified nine states with suitable climatic conditions but we were apprehensive that the long gestation period would dissuade farmers from adopting the crop," said one of the sources involved in the planning. He declined to be named as he was not authorised to speak with media. "That's why we've decided to earmark 10,000 crore rupees ($1.53 billion) that will largely be spent on supporting the farmers."

(Olive, Sunflower or Canola - Which Oil is Healthier?)

Palm, the highest-yielding perennial edible oil crop, needs a fraction of the area used to grow other oilseeds, potentially attractive in a country like India where land is increasingly scarce as the population rockets. But a gestation period of up to five years and laws limiting the size of each palm development have stymied previous efforts to switch to the crop, putting off local farmers as well as companies such as Ruchi Soya, Cargill and Bunge.However, the government hopes that its $1.5-billion backing will make the difference, with sources saying that direct support from PM Modi will also be key. "It's a pity that we couldn't meet our earlier targets," said the first source. "But the fact that the prime minister is giving a lot of impetus due to unbridled edible oil imports, we're trying our best to make it happen this time."

The government is mostly targeting fallow farmland in coastal states such as Maharashtra and Karnataka to grow palm on 2 million hectares, which could produce 8 million tonnes of oil annually once the crop bears fruit in about five years, another government source said. Food ministry spokesman N.C. Joshi declined to comment. Indian consumption of vegetable oils has trebled over the last 20 years as the population grows and incomes rise, while output has increased by less than a third. That has forced it to become the world's biggest importer of edible oils, with palm oil accounting for 80 percent of that.

Annual edible oil imports have risen 12 times to 14.4 million tonnes per year, with the product used to make everything from bhajis and biryanis to potato chips and noodles. Since India's first major attempt to cultivate palm more than two decades ago, the area devoted to the crop has risen to about 200,000 hectares from around 8,600 hectares. The country last tried to boost palm cultivation in 2010/11 by setting a target to produce 4 million tonnes of oil in five years. Output has not risen above 70 tonnes a year.

Some industry officials were skeptical the latest push would work without changes to the law.
"The rule that subjects (growers) to the land ceiling laws that don't allow commercial cultivation of oil palm by private companies is the crux of the problem," said B.V. Mehta, executive director of industry body the Solvent Extractors' Association of India. Unlike tea, coffee and rubber, India still does not recognise oil palm as a plantation crop, prohibiting large-scale cultivation by individual companies that would make economic sense. One of the reasons for limiting palm coverage is the fear that corporations would take over large tracts of land at the cost of other crops, the government sources said.

(Now You Can Deep-Fry Yet Stay Healthy: Switch to Canola Oil Today)

As a result, the only option for any firms that want to develop palm is to do so via contract farmers, Mehta said. But one of the government sources said New Delhi had not yet considered altering the land-holding limit, with any change in law needing parliamentary approval. "This fund will only be used to support farmers who will practically have no income until their plants are ready to give them returns," he said.